President Trump has granted full pardons to two Army officers wrongly accused or convicted of war crimes and restored Navy SEAL Eddie Gallagher to the rank of chief petty officer after he was docked a pay grade after being convicted of posing for a photo with a dead Islamic State (ISIS) fighter, the White House announced Friday.

FOX News (h/t Suzie V) Army 1st Lt. Clint Lorance could be released from the military prison at Fort Leavenworth, Kansas, as soon as Friday evening, six years after being found guilty of second-degree murder. Maj. Matt Golsteyn, a former Green Beret, will have the murder charge against him dropped.

Lorance was six years into serving a 19-year sentence at Fort Leavenworth for ordering his soldiers to open fire and kill three men in Afghanistan. Lorence’s supporters say he killed Taliban fighters. Nine members of his unit testified against him, saying the men were innocent.

Gallagher, a 15-year SEAL whose case garnered national attention, was found not guilty of murdering an ISIS fighter in Iraq in 2017 but was convicted in July of a lesser charge of posing for a photo with the dead ISIS prisoner’s corpse. 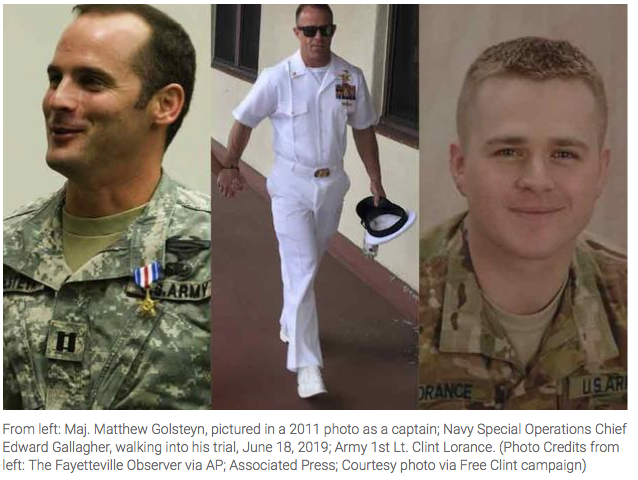 His punishment included a reduction in rank from chief petty officer to 1st class petty officer, which would have cost him about $200,000 in retirement funds. His family and defense team were fighting to have his rank restored.

“There are no words to adequately express how grateful my family and I are to our president, Donald J. Trump, for his intervention and decision,” Eddie Gallagher said in a public statement Friday night. “We would also like to thank the American people for their unwavering support during this very difficult time for my family and I — we can never thank you enough.”

“I truly believe that we are blessed as a nation to have a commander in chief that stands up for our war fighters, and cares about how they and their families are treated,” he said.

Golsteyn was charged with premeditated murder in the 2010 death of a suspected Taliban bomb maker. His trial was expected to begin next month.

It was the second time the Army investigated the 2010 case after an initial probe didn’t find sufficient evidence to bring charges. A second investigation was opened in 2016 and Golsteyn was charged in December 2018. He faced life in prison if convicted and was stripped of his Special Forces tab and Silver Star award for valor. 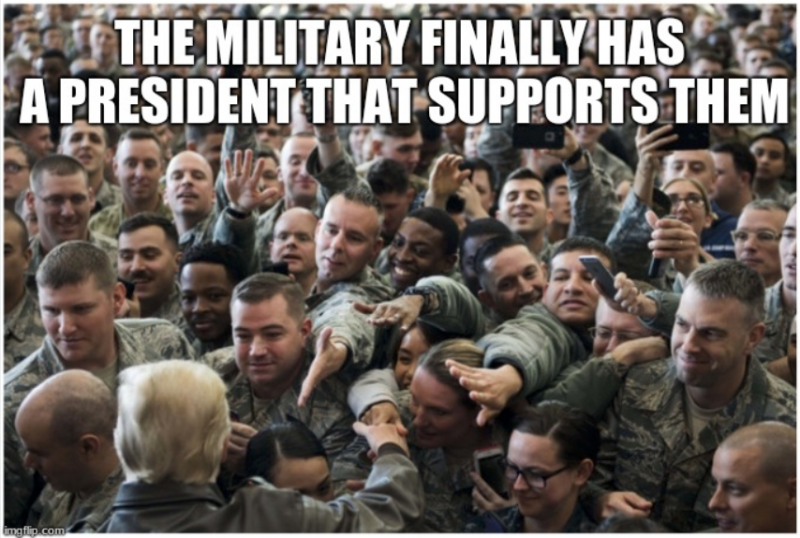 Golsteyn was charged with murder after telling Fox News’ Bret Baier in 2016 that he was concerned that if he released the suspected Taliban bomber, he would strike again. At one point, Baier asked Golsteyn if he’d killed the Taliban bomber.

“Yes,” Golsteyn replied. His family had called the case a “complete set-up,” a “farce” and a “kangaroo court.”

Trump had tweeted on Oct. 12 that he was reviewing Golsteyn’s case. “Matthew is a highly decorated Green Beret who is being tried for killing a Taliban bomb maker,” the president wrote. “We train our boys to be killing machines, then prosecute them when they kill!

Matt’s wife, Julie Golsteyn, had said at the time that the president’s tweet had given their family hope. “I don’t know how much more ridiculous it can get,” she added. “Matt was cleared and then their story changed. It is so rigged.”