16-years-old at the time of the gang rape by the Lebanese Skaf gang, the victim, Jessica, was called an “Aussie whore” by her savage Muslim attackers, and begged them to kill her after they were done sexually assaulting her. She was gang raped in the months before Bilal Skaf went on a 20-day rampage across Sydney ahead of the 2000 Olympics. 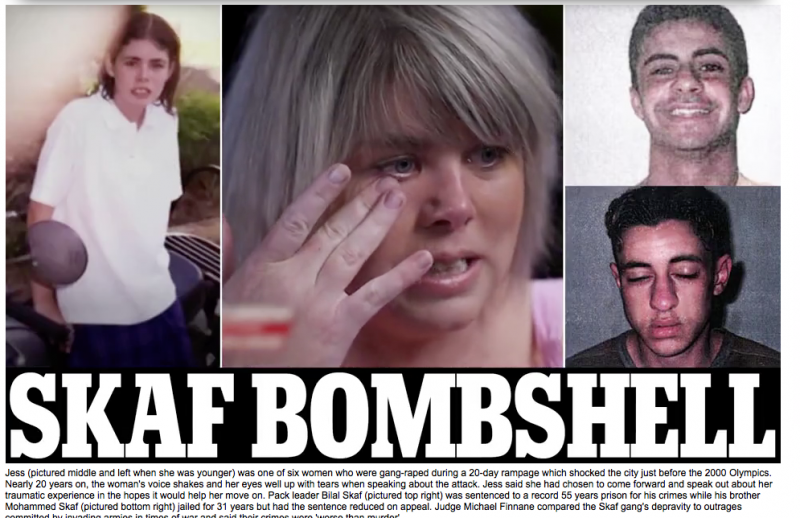 Daily Mail (h/t Sara S) Speaking to A Current Affair 20 years after the horrific attack, Jessica said she was 16 when she was locked into a public bathroom at Punchbowl Park, in the city’s south-west.

The now 36-year-old said she decided to share her story after her mother was told she didn’t have long to live earlier this year. Jessica was living in a hostel at the time, and became friends with a girl who invited her to spend time with two male companions.

The girls were picked up from Hurstville Station and after driving around the area for two hours they were taken to the park and into a change-room.  Jessica’s friend left the teenager alone with Bilal – who she knew as Ali – and he asked if she wanted to have sex, to which she responded ‘no.’ 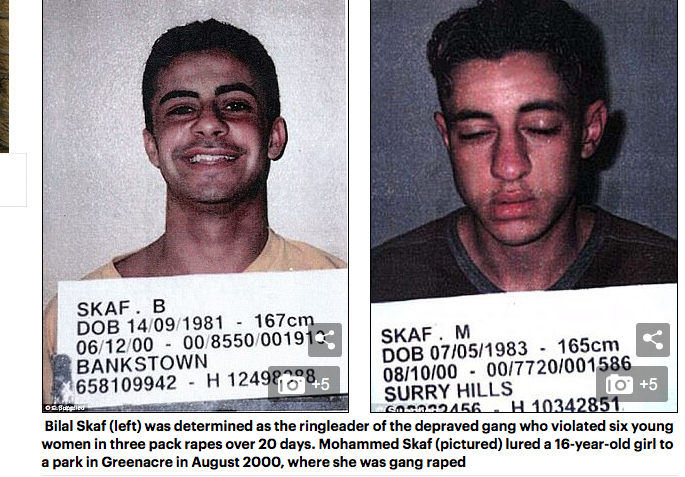 And he stood in front of the door and said, ”No, you can’t go”,’ she said.  ‘He locked me in, and he wasn’t speaking English, but I knew something really bad’s about to happen. ‘Within ten minutes I heard another car turn up. And I was petrified by now. I knew I needed to get out of here.’

Jessica said she was dragged by the hair into a cubicle where she was repeatedly sexually assaulted. ‘One guy dragged me by my hair into one of the cubicles and forced me to have oral sex with him,’ she said. ‘And from then on, it was just constant for hours and hours and hours.’

The ordeal lasted for about six hours and Jessica believes at least 15 men raped her. ‘By the end of it, I begged them to kill me,’ she said.  ‘How am I going to live the next 20, 30 years, with this in my head?’

After the attack, Jessica said she was dropped off a Punchbowl Train Station and she went straight to the police to report what happened.  ‘I remember walking in and [the police] saying, ”Oh, we’ve got another one”,’ Jessica said. 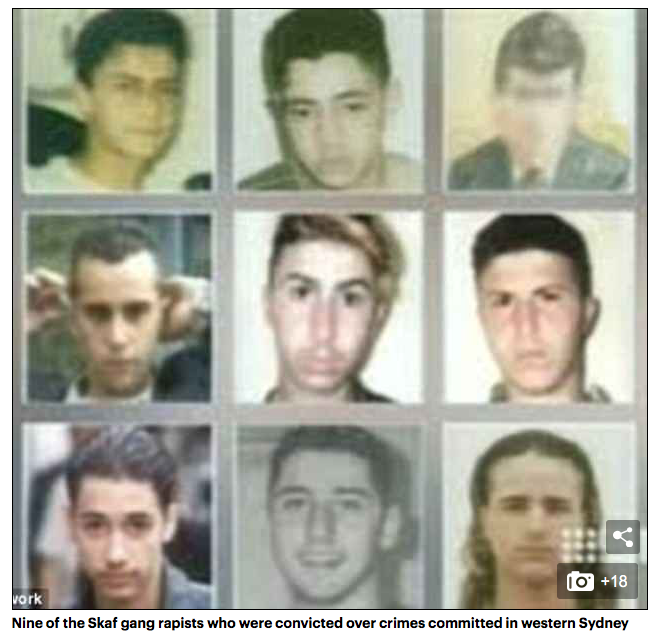 The 36-year-old said she didn’t understand what the police officer meant at the time, until she saw the Skaf’s in the news the year following.

Pack leader Bilal Skaf was sentenced to a record 55 years prison for his crimes by now-retired judge Michael Finnane, who said he believes it is possible there were more victims. But the sentence was later reduced to 28 years following an appeal.

One of the gang’s victims, an 18-year-old woman, was raped 40 times by 14 men over four hours in an attack coordinated by mobile phone. She was then dumped at a train station after being hosed down. During her ordeal the woman was called an ‘Aussie pig’, told she was going to get it ‘Leb-style’ and asked if ‘Leb c*** tasted better than Aussie c***’.

Mohammed Skaf lured a 16-year-old girl to a park in Greenacre in August 2000 after convincing her he would drive her to look at the Sydney Harbour Bridge. Instead, she was met by him and two men she didn’t know, with each of them pressuring her to have sex with them. 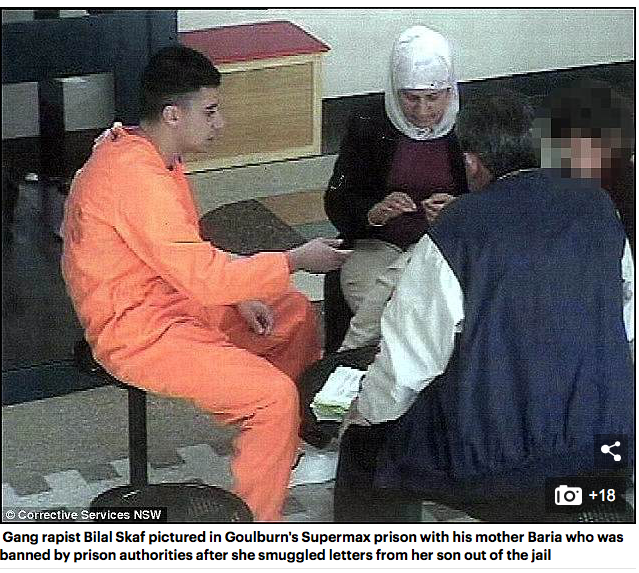 When she refused, Mohammed Skaf called his brother, Bilal, who arrived in a van with 11 other men, who would never be identified. They dragged her to the middle of the park and ripped off her clothes, before Bilal and one of the men raped her while others laughed at her. She eventually broke free and was rescued by a passer-by.

‘It seemed clear to me that these men were sending out a message to the community in Sydney. Skaf and the members of this gang clearly wanted public recognition for what they had done.’

The mother of Bilal Skaf was in court during the sentencing and was one of a number of people who were making threats to the young women who were the victims. Three of the victims, all young women, were sitting inside a glassed off area in the courtroom.