Apparently, returning Islamic State (ISIS) women fighters and ISIS brides with German citizenship, will be able to walk the streets of Germany without worry of being arrested after being sent sent back from Syria by the Turkish government. 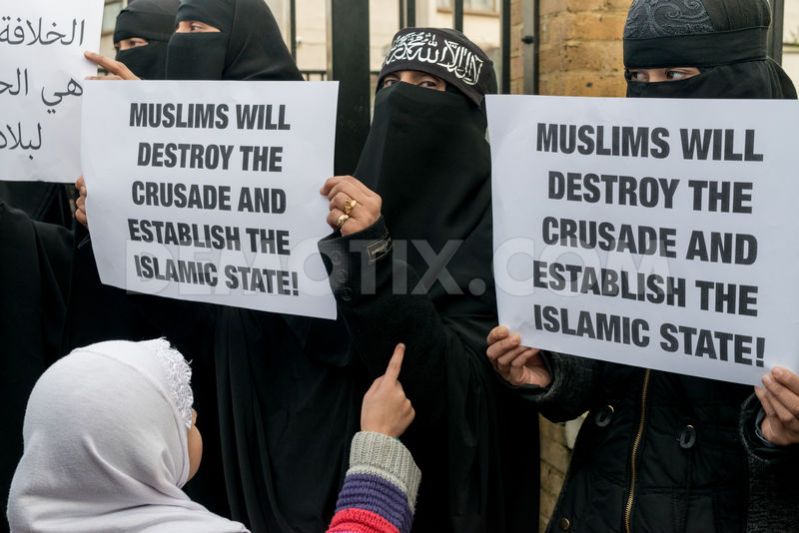 Voice of Europe (h/t Maurice) Former Islamic State members Heida R. and Nasim A. are set to be deported by the Turkish government back to Germany, but neither woman is expected to be arrested upon their arrival despite having been involved with the murderous terror organization for years in Syria, German national newspaper Die Welt reports.

Heida, who’s originally from Lower Saxony, traveled to Syria in 2014 with her ISIS fighter husband. She was first captured in northern Syria after her husband died during clashes. Somehow Heida managed to escape the prison only to be captured again, this time by Turkish forces who also had detained Nasim A.

Despite the Federal Public Prosecutor having investigated the two women for some time now, the prosecutor says there simply isn’t enough evidence to issue arrest warrants for either of the women. As a result, both will be free to walk the streets of Germany after they return to the country.

Ankara is also gearing up to deport numerous other German nationals, including a seven-member family, and several other women who’ve been arrested in areas previously controlled by the Islamic State. Not one arrest warrant has been issued for any of the returning members of the terrorist organization.

Turkey began repatriating Islamic State jihadists back to Europe and the US last week.

Ismail Catakli, Ankara’s Interior Minister, announced last Monday that captured IS radicals from Germany, the US, the UK, the Netherlands, Ireland, and France would be deported back to their countries of origin.

Last week, reporters from Sky News visited a prison camp in northeastern Syria where captured Islamic State radicals – most of them women and children – are being held. While speaking to one of the children at the camp, a young boy tells the western journalist that he and his team must “repent their sins”.