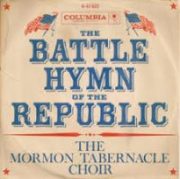 On the 19th day of November 1861, Julia Ward wrote the magnificent poem ‘The Battle Hymn of the Republic’ that was set to the music of John Brown’s Body and dedicated to the brave soldiers of the U.S. Union Army. So, of course, in 2019, people are calling for the banning of this historic and beloved song.

The “Battle Hymn of the Republic” is a lyric by the abolitionist writer Julia Ward Howe using the music from the song “John Brown’s Body“. Howe’s more famous lyrics were written in November 1861 and first published in The Atlantic Monthly in February 1862. The song links the judgment of the wicked at the end of the age (Old Testament, Isaiah 63; New Testament, Revelation 19) with the American Civil War. It is an extremely popular and well-known American patriotic song.

Southern Sentinel This is an evil song. Yes, evil: Julia Ward Howe’s poem, set to the tune of ‘John Brown’s Body’ became the North’s anthem against the South during the Civil War. The song not only preached a military crusade against the seceded states, but justified it morally as God’s (Jesus Christ’s) apocalyptic will, revealed to the poet and her evangelical Christian ilk:

True Southerners MUST boycott and or ban this song. If it is sung in your church you must walk out, if it comes on the radio turn it off, if you have it on a cd; throw it out, if your at an event and it is played musically as part of a Fourth of July or some other event leave or at the least do NOT take part in singing this disgusting song. 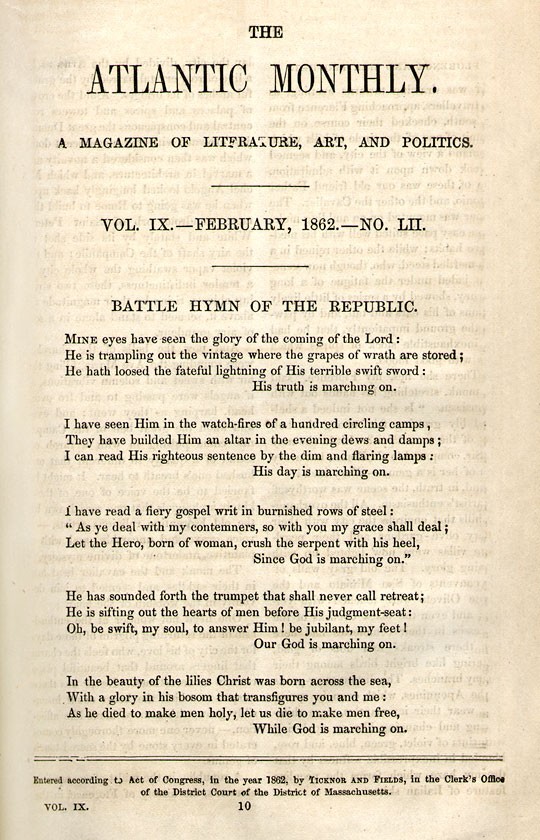 The “hymn,” sung by so many church and school choirs, was inspired not by the Bible or a stirring religious sermon, but by a dastardly killer, John Brown, and by the march of Northern invaders trampling over Southern soil, Southern lives and Southern rights in quest of subjugating or killing the Southern people. And what horrible crime was the South guilty of to warrant its extermination?

How ironic that such a joyous traditional Southern song as “Dixie” is now all but banned throughout the South, while a vicious Anti-Southern war song such as “The Battle Hymn of the Republic” is sung in churches and patriotic ceremonies all over the Confederate states.