“I’m terribly sorry,” she wrote. “What I’m about to say is something so racist I never thought my soul could ever feel it. But truly I never wanna spend time with white people again. Not for one moment, for any reason. They are disgusting.” Apparently, O’Connor has no idea that there are millions of Muslims who are white. Good riddance to bad rubbish. You can have her, Muslims. 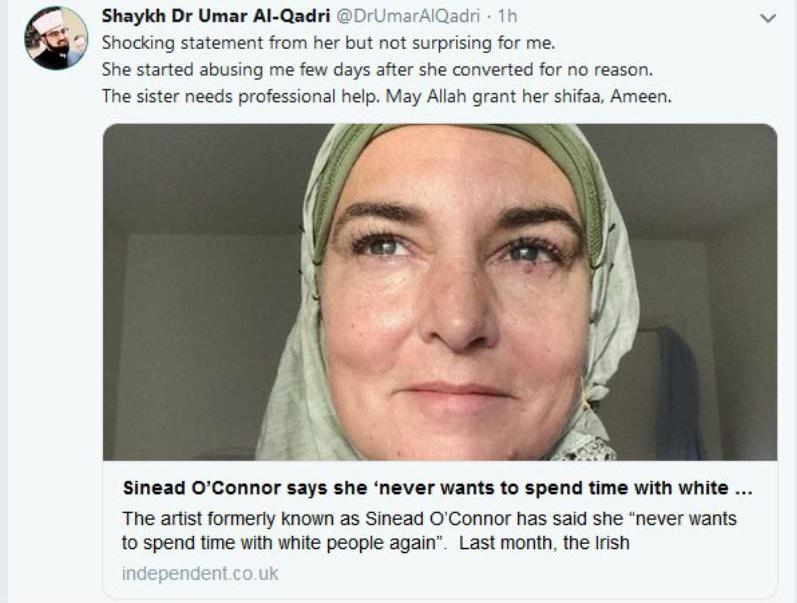 The Washington Post reports: Irish singer Sinéad O’Connor announced that she has converted to Islam and changed her name to “Shuhada,” saying her decision was “the natural conclusion of any intelligent theologian’s journey.” She posted a video of herself singing part of the Azan, or Islamic call to prayer. 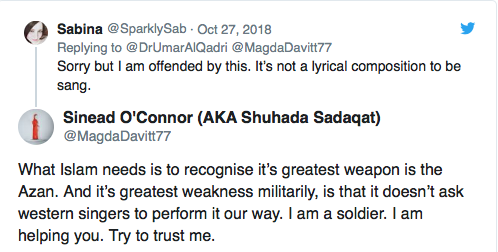