Transformed into a virtual overnight media star by designated terrorist group CAIR, in March 2019 Movita Johnson-Harrell made headlines by becoming the FIRST Muslim Democrat elected to the Pennsylvania House of Representatives. Not even a year later, Johnson-Harrell is making headlines again after being arrested for stealing $500,000 from a charity she founded. 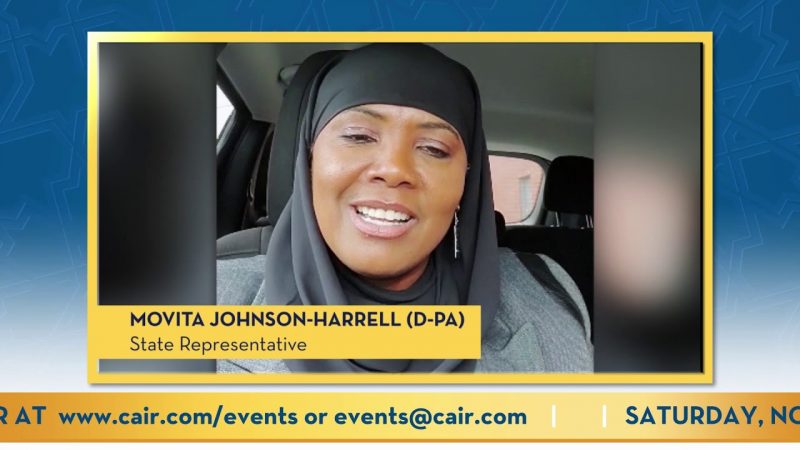 CBS Prosecutors on Wednesday charged a state House representative from Philadelphia and accused her of stealing over $500,000 from a nonprofit organization she founded to serve the mentally ill and poor who were fighting addiction. Pennsylvania Attorney General Josh Shapiro announced the charges against Movita Johnson-Harrell, which include perjury, tampering with public records and theft. 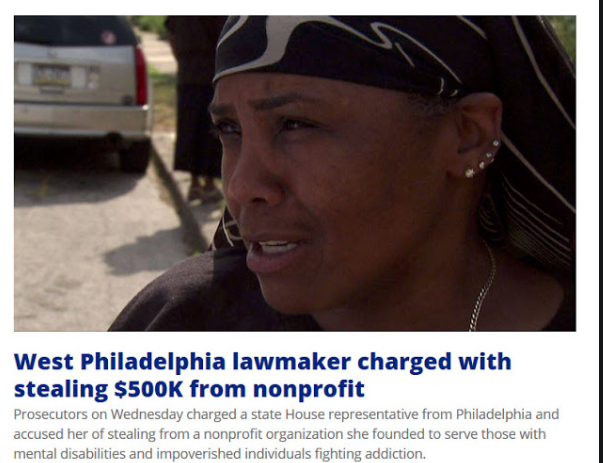 “She has agreed to take responsibility for her crimes and will plead guilty to her charges,” Pennsylvania Attorney General Josh Shapiro said.

The 53-year-old Democrat won a special election in March for a West Philadelphia district. Johnson-Harrell quickly made her presence known in the Capitol. After she was sworn in to office, she objected to a colleague’s session-opening prayer that “at the name of Jesus every knee will bow.” (video below)

Johnson-Harrell, the first female Muslim member of the state House, turned herself in to police in Philadelphia. She also agreed to resign from her position. Johnson-Harrell said in a statement that she is “saddened and dismayed by the nature of the allegations.”

“I vigorously dispute many of these allegations, which generally pertain to before I took office and I intend to accept responsibility for any actions that were inappropriate. I have always fought for the people of West Philadelphia to the best of my ability and will continue to do so,” she said.

Shapiro said Johnson-Harrell engaged in “significant and systematic corruption” involving the payments intended for the people who came to her charity for help. 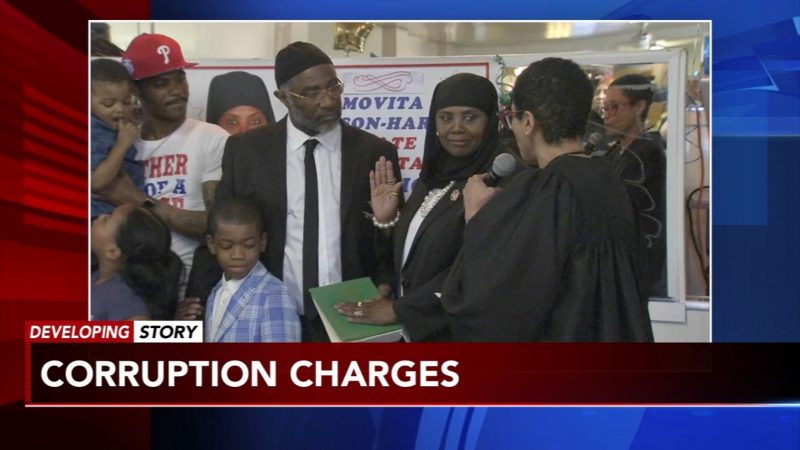 “Defrauding a nonprofit or defrauding taxpayers and then systematically over many years lying to cover it up is unjust, it’s unfair and it is a crime,” Shapiro said. Prosecutors said the nonprofit will be reorganized and that Johnson-Harrell no longer has any control over its finances.

They said the money went to buy designer clothing, multiple fox fur coats, payments on a Porsche, tuition for a relative and travel to Mexico and Florida. They said she also spent $8,000 on criminal restitution from a 2014 conviction for not paying unemployment taxes.

Johnson-Harrell previously held a $104,000 job with the victim and witness services unit of the Philadelphia district attorney’s office, and is active in an anti-gun violence foundation named for her 18-year-old son, who was shot to death in 2011.

Court papers say the thefts continued even after she worked in the district attorney’s office and started serving in the state House.

On a state statement of financial disclosure form due in May, Johnson-Harrell reported owing the Internal Revenue Service about $50,000.

She told The Associated Press at that time that the debt went back more than a decade, from a business that helped people with special needs. She said an accountant advised her that if she had appealed in time, she would not have owed anything.