An Elf Grove Muslim student claims she was assaulted just for being a Muslim. If, in fact, she actually was assaulted, perhaps it was because of the shirt she was wearing emblazoned with the logo of the Muslim Student Association – a major North American front group for the terror-linked Muslim Brotherhood. 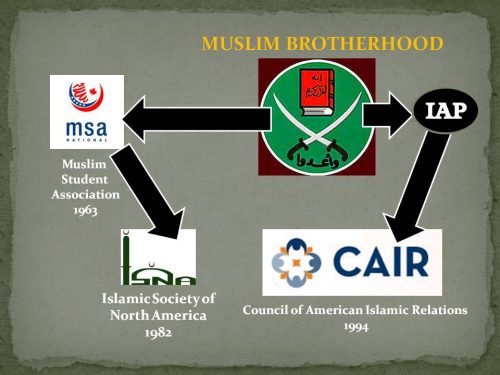 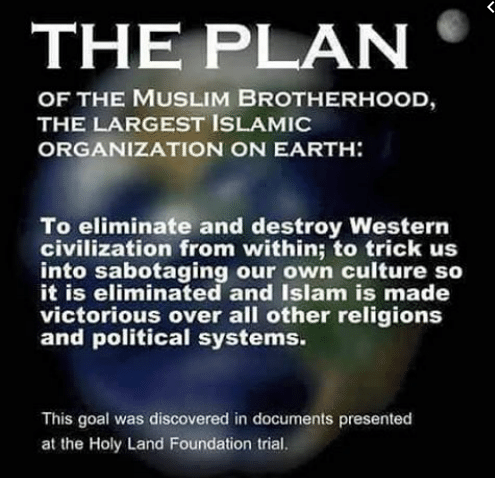 Sacbee The alleged attack happened Wednesday while Sabah Elias, 17, was attending a tutoring session after classes. Elias, who was wearing a black shirt representing the Muslim Student Association (MSA) club on campus, said she was followed into a bathroom by a person wearing a mask. “That person”, she said, “verbally attacked her for being Muslim before throwing a bucket of water at her.”

Elias, who was not injured, said she was shaken up by the incident.

(For any normal person, this would be the end of the story. After all, she says she was not injured. But in swoops designated terrorist group CAIR to stir up trouble as you can see by her later statements and the media overkill as orchestrated by CAIR) 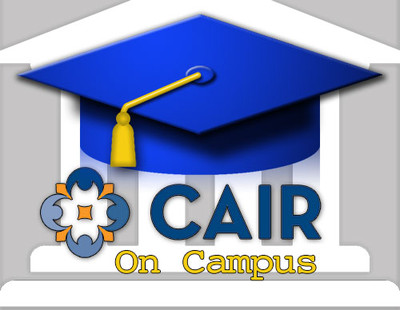 “I was in shock at that time, and I was in tears, and so overwhelmed with what happened,” Elias said. “I felt humiliated.”

Elias said she ran to the parking lot to drive home, calling her parents to tell them about the incident. But her concerned parents (prompted by CAIR) encouraged Elias to go back and report what happened to campus officials. The school (prompted by CAIR) immediately reported the incident to the Elk Grove Police Department, who responded minutes after the incident. The suspect in the assault was not found; it’s not known if the attacker was a student.

“We have been actively investigating since it was reported to us,” said Officer Jason Jimenez, spokesman for Elk Grove Police. “When any reports like this are brought to our attention, we take them seriously and investigate them thoroughly.” (Because police in Elk Grove apparently have nothing better to do than chase after an unidentifiable water-tosser)

The next day, Pleasant Grove High Principal Taigan Keplinger sent a letter home to ALL parents informing families of the incident. Keplinger also said in Thursday’s letter that bullying, hate speech and hateful acts have no place at the school. (Something they only do when a Muslim is involved, thanks to CAIR)

“We must do everything we can to demonstrate the importance of being more knowing, understanding and accepting of others and disavow hate, capture the incredible power of our collective diversity, creativity and intelligence,” read Keplinger’s letter.

On Friday, the school held the open gathering for students, parents and the civic leaders to discuss how they could move forward as a community. Also in attendance was Elias, who was applauded for coming forward after the incident. (Planned and orchestrated by CAIR) 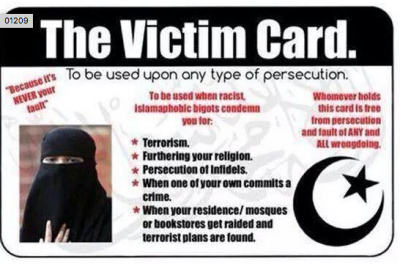 Students from clubs all over campus, including the Gay Straight Alliance as well as other Elk Grove high schools, attended in solidarity. (Yes, let’s make this a big city-wide event with mass media coverage and state and local law enforcement)

“What happened to Sabah happens to a lot of brown students,” said Naema Ali, an Elk Grove High School student at the meeting. (Since when are all Muslims considered”brown?”) “Sabah took what happened and turned it into something amazing. This (meeting) was needed in Elk Grove”. 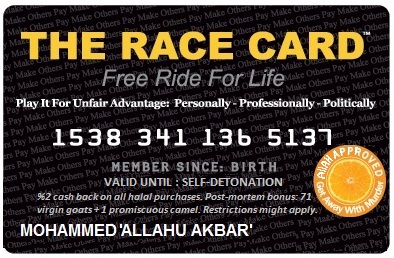 CAIR concocted a report of their own in October that showed 40 percent of California Muslim students say they’ve been bullied — nearly twice the national average. (Not according to official statistics) 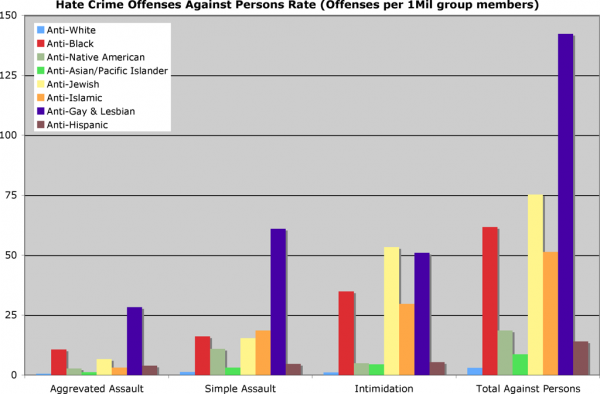 The report found there was “minimal improvement in school environments for Muslim students” and nearly half of the Muslim 12th-graders, like Elias, reported being bullied — the largest group age group to report bullying.