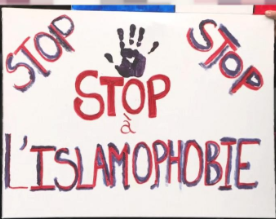 Don’t let the ever-present smug grin on the Muslim opponent fool you. He wanted to wring the neck of the French journalist who described the Anti-Islamophobia March as an “anti-France rally” attended by “insult-spewing Muslim women in hiijabs and bottom-feeding Marxists” in their attempt to silence all criticism of Islam.

They even tried to draw a parallel between Muslims in France today and Jews in France in the 1930’s. But what really outraged French Jews was the appropriation of Nazi-Era ‘Yellow Stars’ (photo below) embossed with the word “Muslim” in a conscious echo of the yellow Star of David which Jews living under Nazi German occupation were forced to wear on their outer clothing. 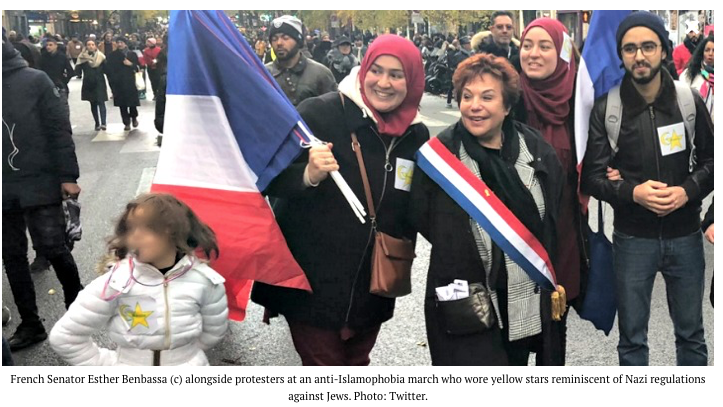 The march was all about equating Islamophobia (even though being against Islam is not an irrational fear) and racism (even though Islam is not a race).  There were signs at the rally that said “Islamophobia Kills.” What they failed to say was that it is the so-called ‘Islamophobes’ who are being killed, as was the staff at Charlie Hebdo.

Thousands gathered Sunday afternoon in Paris for a march against Islamophobia that has markedly divided the French political class in recent days.

FRANCE24 “Yes to criticism of religion, no to hatred of believers”, “Stop Islamophobia” and “Co-existing is crucial,” read some of the signs held aloft at the demonstration, as marchers set off from the Gare du Nord train station in the French capital on a rainy Sunday afternoon.

“Solidarity with veiled women”, some in the crowd chanted.

The rally – held at the initiative of a number of left-wing political organisations including the New Anticapitalist Party and groups including the Collective Against Islamophobia in France – was called for by the left-leaning daily Libération in an editorial on November 1, four days after a man attacked a mosque in Bayonne and amid the flare of renewed debate over Muslim women wearing the veil in public establishments like schools. 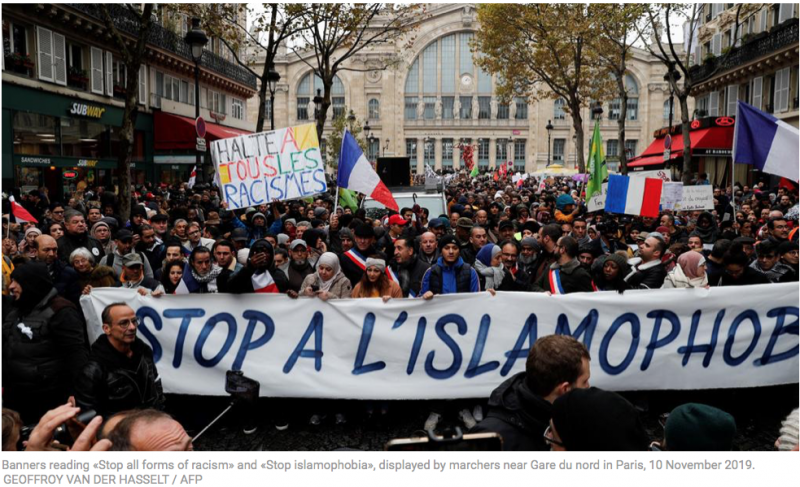 Some critics questioned “the very definition” of Islamophobia, said FRANCE 24’s Alison Sargent, reporting from the march in central Paris. Some say “that they feel ‘Islamophobia’ means that you are not allowed to criticise Islam as a religion”.

“They feel that is anti-French, that the very meaning of being French is being able to criticise religion, and that that is at the heart of French secularism,” she said.

But the march drew criticism from Marine Le Pen’s National Rally party (formerly the National Front), which accused organizers of forming an alliance with “Islamic extremists”. It also spurred divisions among political parties on the left. 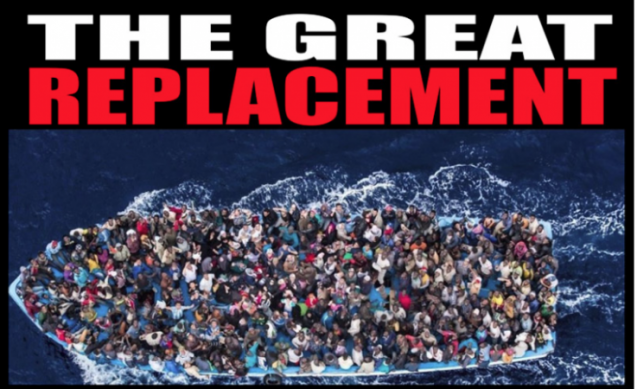 Ravier delivered an impassioned speech condemning left-wing lawmakers’ unregulated illegal mass immigration of Muslim welfare recipients who hate the country, its culture and liberties, and as a result, will bring about the death of the identity of the French people.”