Junior jihadis-in-training, children of Islamic State fighters and their foreign ISIS brides, who now are living in Syrian holding camps represent a grave threat to the West if and when they are returned to their home countries. 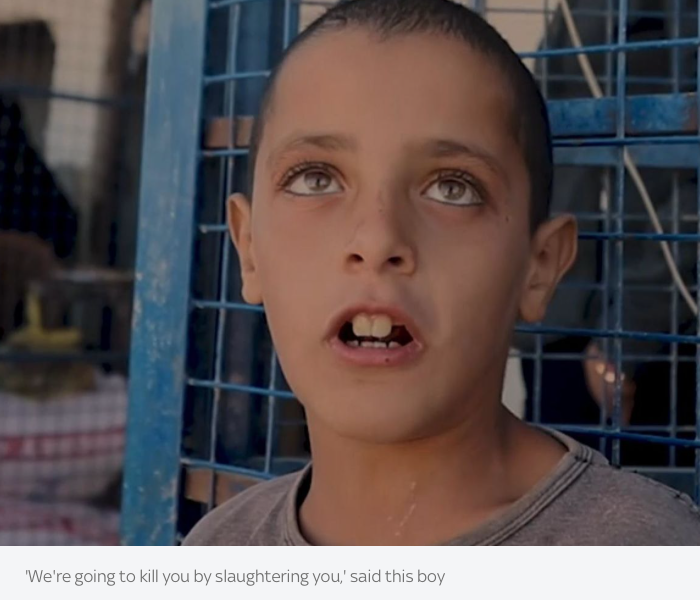 Breitbart One young boy of about 10 or 11 first quoted a verse from the Koran.  And then, calmly, he said: “We’re going to kill you by slaughtering you. We will slaughter you.”

“Speaking Arabic, he first quoted a verse from the Koran: ‘God says, “Turn to Allah with sincere repentance in the hope that your Lord will remove you from your ills”,’” recalled Sky News correspondent Mark Stone of an encounter with a jihadist “cub” in the Al Hol camp in Syria, which holds some 70,000 Islamic State women and children, 10,000 of whom are foreigners. 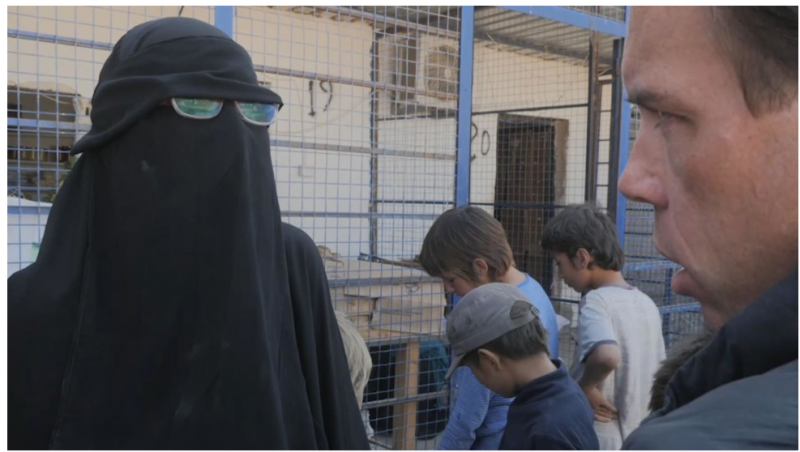 “The black burqa–clad women of the Islamic State”, Stone reported, are the “only guides” for these children, and “claim to represent the purest form of Islam” – a warped evil cult whose crimes and terror attacks, globally, are unrivaled.

Some who spoke to Stone defended the IS caliphate’s atrocities, such as beheading prisoners and burning people alive, on grounds that “It’s says it in the Koran”

“We’re going to kill you by slaughtering you. We will slaughter you.”@Stone_SkyNews reports from Syrian Al Hol camp which is home to 70,000 IS women and children. 10,000 of them are foreigners.

As the Islamic State’s last territorial strongholds were being evacuated, it was reportedthat some evacuated jihadi brides made openly statements, such as “My son will grow up to be a jihadist” and “I hope the Islamic caliphate will return and spread across all corners of the globe,” among other ominous declarations. 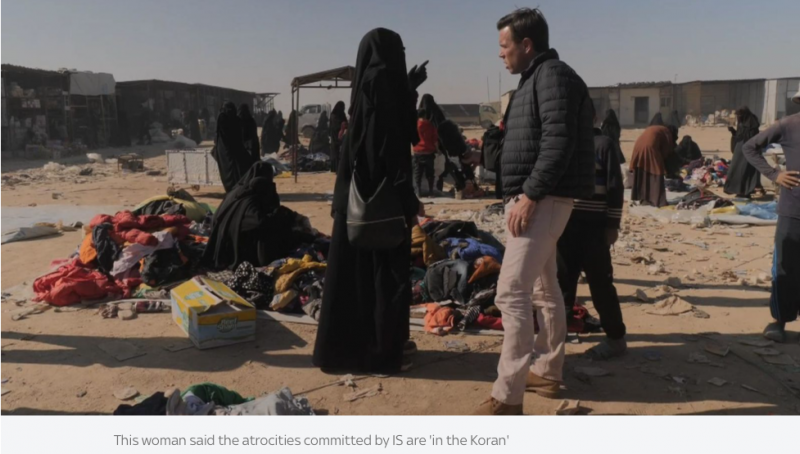 Despite the clear risks represented by their children, there appears to be a broad consensus — among the media-political class if not the public — that their children definitely should be repatriated, as in the infamous case British-born jihadi bride Shamima Begum.

Leftist s took a curious stance with respect to Begum, arguing that although both her parents were Bangladeshi migrants, she should not have her British citizenship stripped an be expected to go to Bangladesh, as she was born in Britain and therefore “our problem”.

But with respect to her child, they took the opposite view that he should be considered Britain’s responsibility because his mother was British-born — despite being born in Syria.

ISIS Bride Vows Son ‘Will Grow Up to Be a Jihadist’ as Crumbling Caliphate Evacuated https://t.co/eO75y6pRU9