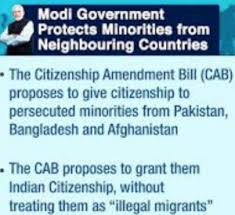 Designated terrorist group CAIR is ‘demanding’ that our Congress condemn and put sanctions on India over its new anti-Muslim Citizenship Amendment Bill (CAB) which fast tracks Indian citizenship for minorities such as Hindus, Sikhs, and Christians who are being persecuted in neighboring Muslim-majority countries of Pakistan, Afghanistan, and Bangladesh.

CAIR also called on the House of Representatives to immediately adopt H.R. 745, a resolution urging the Indian government to respect the human rights of all people (despite that fact that Muslims respect nobody’s human rights except Muslims?), and for the U.S. government to sanction key Indian government leaders responsible for enacting and implementing the anti-Muslim policy. (In your dreams, CAIR)

On December 10, the government of India passed a Citizenship Amendment Bill (CAB) that legalized the granting of citizenship based on religion and specifically excluded Muslims from obtaining citizenship. (What a great idea).

India also is planning to implement a pan-India citizen verification process known as the National Register of Citizens (NRC). The combination of CAB and NRC would give the Indian Government legal grounds to declare Indian Muslims as non-citizens. (Gee, it gets better and better)

The Indian state of Assam has already stripped at least 1.9 million Muslims of their citizenship and is constructing prison camps to detain these now stateless people — and expelled all international journalists from the state.

“Our government (It’s NOT your government, it’s OURS) must follow the recommendations of the U.S. Commission on International Religious Freedom and sanction ‘principal leadership’ in the Indian government responsible for this discriminatory anti-Muslim citizenship law,” said CAIR National Executive Director Nihad Awad. (Like hell we do, Jerkwad)

“Congress must also send a clear message to Indian Prime Minister Modi that we will not tolerate the state persecution of any minority in India, including Muslims.” (Hey, CAIR, Donald Trump thinks Prime Minister Modi is doing a terrific job and even honored him with a state dinner)

Awad added: “We are getting close to a situation in which the Indian government will round up Indian Muslim citizens and Muslim immigrants and indefinitely detain them in state run concentration camps. (Excellent!).

It’s a human rights disaster in the making that must be avoided through immediate diplomacy and civil action.” (Muslims shouldn’t be in India in the first place. That’s why India cut up its own country to give them Pakistan and Bangladesh. Ingrates!)

There have been numerous reports of excessive force by Indian Police with eight killed and more than 1,200 protestors across the county detained. (Well, it’s a good start)

What is the Citizenship Amendment Bill?

SCROLL.inThe bill, as the name suggests, seeks to amend the Citizenship Act of 1955, the law that lays out the rules for Indian citizenship.

The bill provides that Hindus, Sikhs, Buddhists, Jains, Parsis and Christians from Afghanistan, Bangladesh and Pakistan shall “not be treated as illegal migrants” even if they had entered India illegally.

Union Home Minister Amit Shah has claimed in an interview that the filters on the bill are so that only people who are victims of religious persecution are allowed in. BJP MPs have also made the same argument in front of a joint parliamentary committee.

The Modi government had, as early as September 7, 2015, made changes to India’s laws to allow non-Muslim illegal immigrants from Pakistan and Bangladesh to stay on in the country indefinitely. 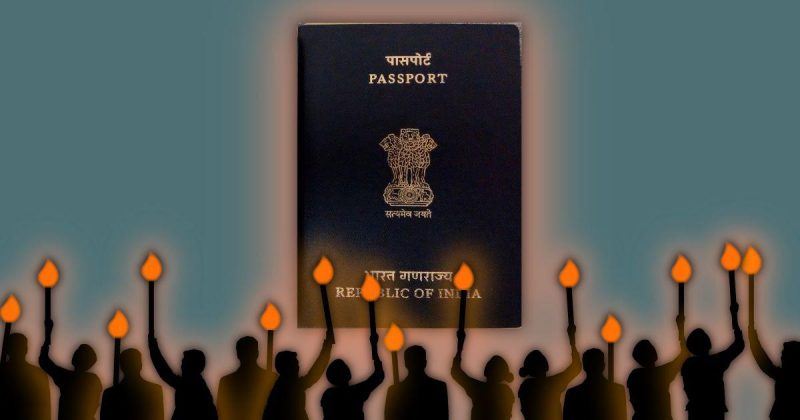 IT FIGURES…no sooner does India announce plan to grant citizenship to persecuted non-Muslims in neighboring Islamic countries, and Muslims go on a rampage

INDIA: Muslim supremacists finally getting the police crackdown that their violent behavior has earned them