An Arizona state trooper fatally shot a Muslim jihadi- wannabe during a brutal attack in Tempe late Thursday, Dec. 19th. Arizona DPS said it began when the trooper saw Mohamed Ahmed E A Al-Hashemi (photo below) come over and kick his car hood in the middle of the street. The trooper had a citizen observer riding with him. 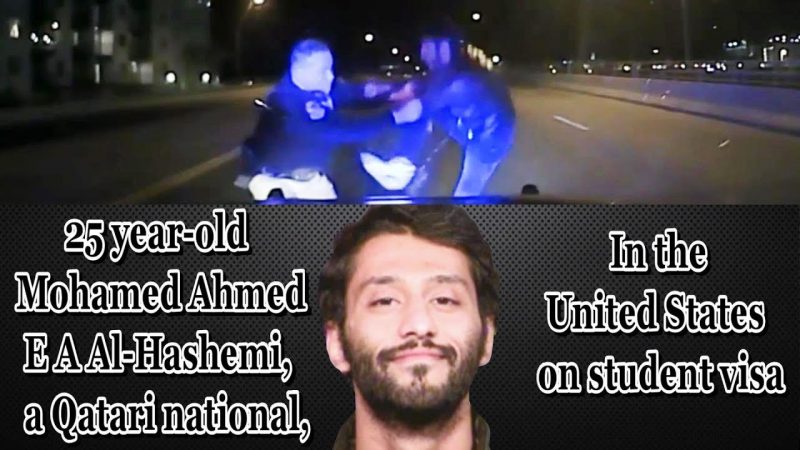 KOLD  DPS said Al-Hashemi, a Qatari Muslim national in the U.S. on student visa, would not stop when the trooper asked him to and continued to walk down the middle of the roadway. The trooper tried to get the 25-year-old Al-Hashemi to get out of the street several times before ordering him to the ground.

Al-Hashemi refused and allegedly charged the trooper’s vehicle and kicked the hood. Arizona DPS said due to Al-Hashemi’s erratic and threatening behavior, the trooper twice tried to use his taser to stop him.

Al-Hashemi then allegedly charged the trooper and attacked him. “Within seconds, the trooper was in a fight for his life,” DPS said in a news release. “The subject struck the trooper with fists, headbutt and full-kick strikes, knocking him to the ground at least three times.”

Al-Hashemi grabbed the troopers taser and hit him over the head several times. When the trooper fell to the ground, Al-Hashemi allegedly continued to kick the trooper in his head.

“As the attack continued, the trooper began to feel a loss of consciousness,” DPS said in a statement. “The trooper knew both his life and the life of the citizen observer in his car were in immediate danger of death.” The trooper then shot and killed Al-Hashemi. (What took him so long?)

Below is the whole graphic dashcam video from the trooper’s car: