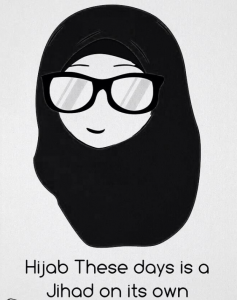 A MUSLIM troublemaker, (no doubt influenced by Islamic extremist group CAIR’s countless litigation jihad cases against American employers), says she was forced to defy her Islamic supremacist beliefs when a  male supervisor demanded she remove her hijab, a new $8 million lawsuit charges.

NY Post Maureen Billings, a Muslim convert corrections officer at the Bedford Hills Correctional Facility in Westchester County, claims her bosses retaliated against her after the 2017 incident by taking her off payroll for seven months, according to the lawsuit filed in federal court in White Plains. 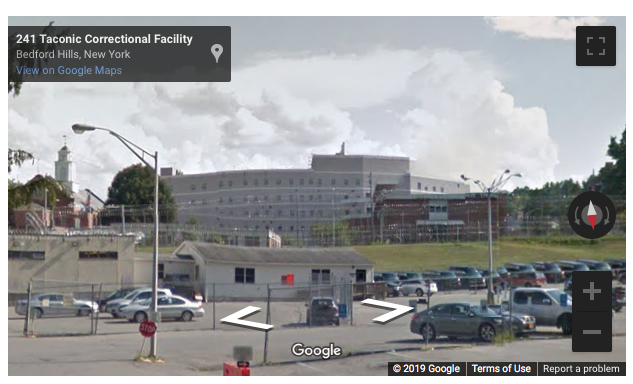 Billings claims her captain, Paul Artuz, made her take off her hijab during a meeting at the women’s prison to demonstrate that it could be quickly removed without it choking her, the suit reads.

The woman said she would be OK with taking off the hijab in front of Artuz as long as a fellow female officer was in the room. The Islamic faith prohibits women from disrobing in front of men who are not of their immediate family, Billings alleges.

But Artuz refused to bring in a female officer, despite the fact that at least two other female captains were on duty that day, the papers charge. Following the meeting, Billings injured her knee in what was deemed a stress injury. (“Stress injury” as in “I didn’t get my way?”)

But Billings said that her bosses retaliated against her over the hijab issue in May 2017 by taking her off the payroll and not allowing her to return to duty for seven months, despite the fact that she had a doctor’s note stating that she was cleared to work. (She should have been fired for insubordination)

She was eventually allowed to return to work in December 2017, but was not provided with a reason for why she was kept out of work for seven months. The woman is demanding at least $8 million in damages, her suit states. (We call that a shakedown – CAIR style)

The New York Department of Corrections and Community Supervision declined to comment on the suit. “This is a case that demands immediate attention,” said Frederick Brewington, an attorney for Billings. “Religious accommodations of this sort cause no problems for an employer.” (That’s only true if they don’t hire any Muslims in the first place)

Across America, Jihadis are filing lawsuits, as weapons against prisons, police, politicians & anyone who violates or stops the spread of Sharia. https://t.co/VIshvX53Rs pic.twitter.com/zIiy3p3klr