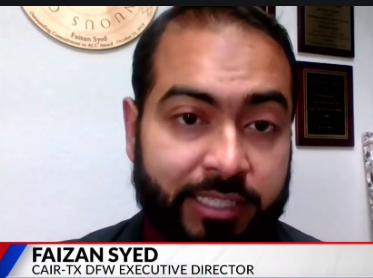 According to Faizan Syed of CAIR (Council on American Islamic Relations), “Texas Governor Greg Abbott’s decision is based on “hatred, discrimination, and racism,” mis-characterizing Islam as a “race,” and ignoring the fact that more than a few unvetted Muslim invaders posing as “refugees” and linked to terrorism were dumped into Texas during the Obama regime.

Back in 2016, after Governor Greg Abbott of Texas clearly stated that Texas is stopping the resettlement of so-called Syrian asylum-seekers, President Barack Obama went behind Gov. Abbott’s back secretly colluding with the Democratic mayor of Texas’ most liberal city, Austin, and offered Muslim illegal aliens continued sanctuary, according to a top nonprofit, non-government organization (NGO) based in the nation’s capital.

Judicial Watch successfully obtained records of the administration’s secretive program to send more Syrian Muslims to Texas, in spite of opposition from state officials over the security threats.

President Trump’s Executive Order 13888, on “Enhancing State and Local Involvement in Refugee Resettlement,” allows the refusal of refugees, stating “if either a State or locality has not provided consent to receive refugees under the Program, then refugees should not be resettled within that State or locality.”