While the teachers themselves interpreted their action as a token of solidarity with Muslim students, online commenters minced no words, calling them “idiots” and suggesting they promoted the oppression of women. 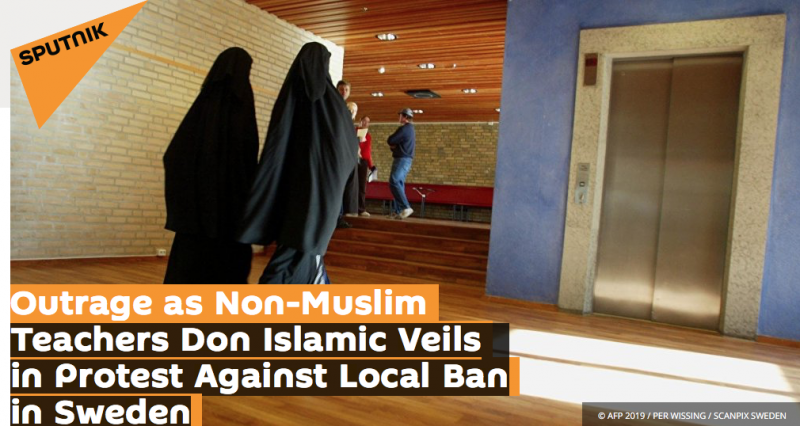 Sputnik News (h/t Sara S) Following a proposal by the right-wing Sweden Democrats, the municipality of Skurup in southern Sweden has introduced a ban on religious headgear in its primary schools and preschools. In protest, non-Muslim teachers chose to put on the oppressive headgear.

The ban, backed by the liberal-conservative Moderates and the local Skurup party, applies to both children and staff. According to the newspaper Aftonbladet, it “stirred up emotions”, as protests by Malmö’s Young Muslims and counter-protests were heldoutside Skurup’s town hall. 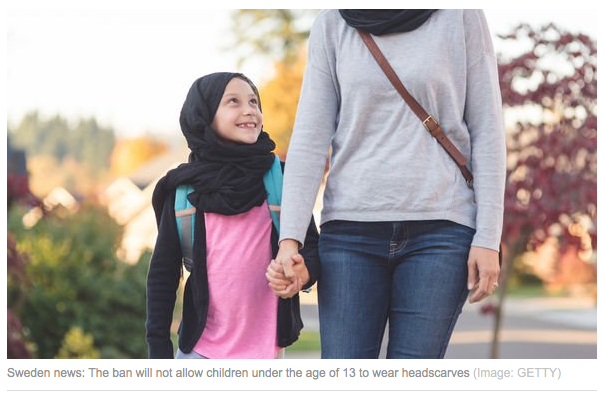 Tasnim Raoof, the chair of Malmö’s Young Muslims, suggested the ban was “racist” as it “denied Muslim women’s right to their bodies and their democratic freedom of choice.” (What “race” is Islam?)

A dozen counter-protesters chanted slogans like “Freedom for Swedes” and “Close Islam”. According to the police, the demonstration gathered some 250 participants and went quietly except for one incident in which one of the counter-protesters had their placard destroyed.

Later, six non-Muslim teachers at Prästamosseskolan School donned veils to show their support to Muslim students. “The students get excited when they see that we also have veils. They feel that we support them,” teacher Marit, who teaches Swedish as a second language, told Aftonbladet. (Sure, misery loves company) 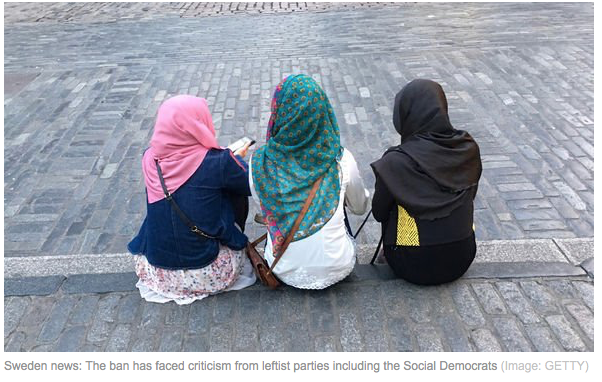 Prästamosseskolan headmaster Mattias Liedholm said that he refuses to comply with the municipality’s decision. (She should be fired)

(Right wing) Sweden Democrats group leader Lars Nyström explained that the idea of the ban is to protect Muslim women from oppression.

“The basic attitude is that we believe that boys and girls are just as worthy and wearing clothes to hide women’s faces and hair that does not belong in Skurup municipality,” Lars Nyström said.

According to him, the ban will be implemented within six months. While he also expected the school staff to comply with the decision, local teacher Naouel Aissaoui pledged to stop working in Skurup if the ban is enforced. (Good, you can be replaced)