Egypt restores historic synagogue to its original magnificence, despite having driven out most of the Jewish population decades ago.

Haaretz (h/t Mike F) ‘I’m very proud of what my country has done, and it symbolizes living together, today there is no difference between Egyptian Muslim, Christian and Egyptian Jew,’ said Magda Haroun, the head of Cairo’s Jewish community, at the reopening ceremony.

Egypt reopened a historic synagogue on Friday in the Mediterranean coastal city of Alexandria after a yearslong government renovation. 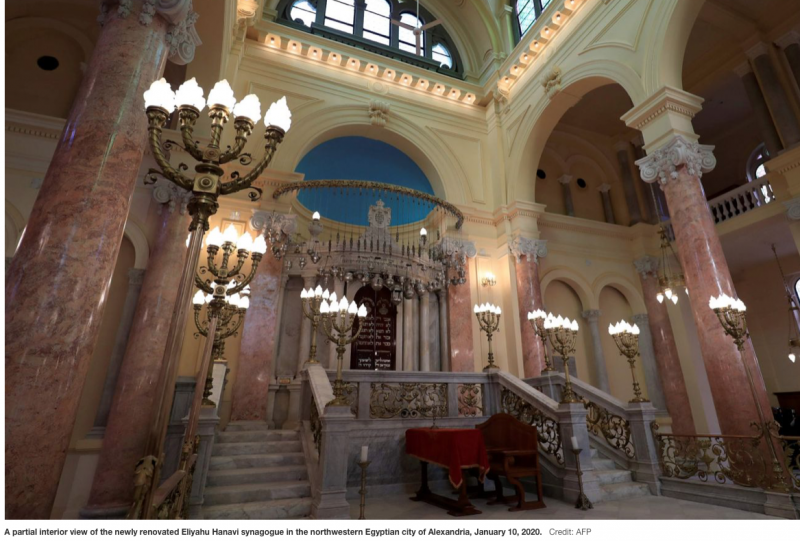 But only a handful of Jews remain from Egypt’s once-thriving community, most of them elderly. The country’s Jews largely left more than 60 years ago amid the hostilities between Egypt and Israel.

The two-story Eliyahu Hanavi synagogue in Alexandria partially collapsed in 2016. Antiquities officials said the renovations, which began the following year, prevented it from becoming a total loss. 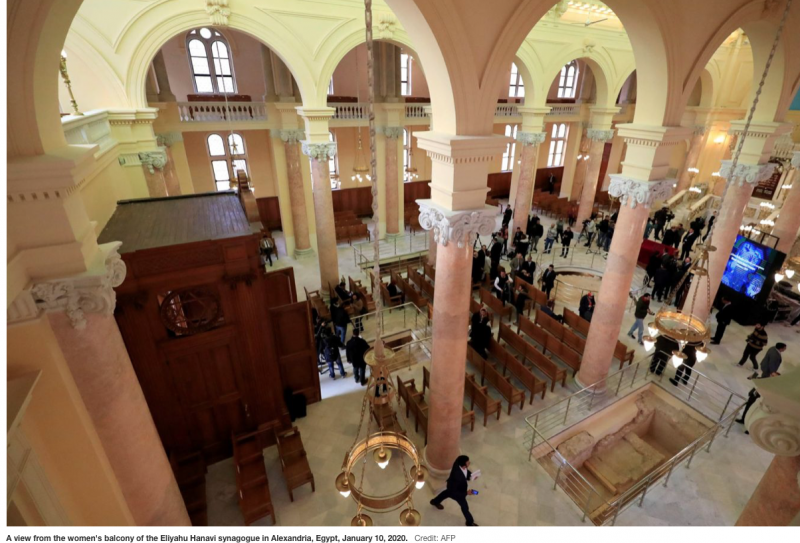 The site has a long history. An earlier synagogue dating to 1354 AD was built in the same location, and the current building dates to roughly 1881, when the Jewish community was large and influential. Marble floors and rose-colored columns line the main hall.

Eliyahu Hanavi synagogue is one of two remaining Jewish houses of worship in Alexandria. The city alone had some 40,000 Jews in the 1940s, half of the country’s Jewish population, according to the official page of Alexandria province. The renovated synagogue now has openings in the floor to show the layers of history — what remains of the earlier structure. 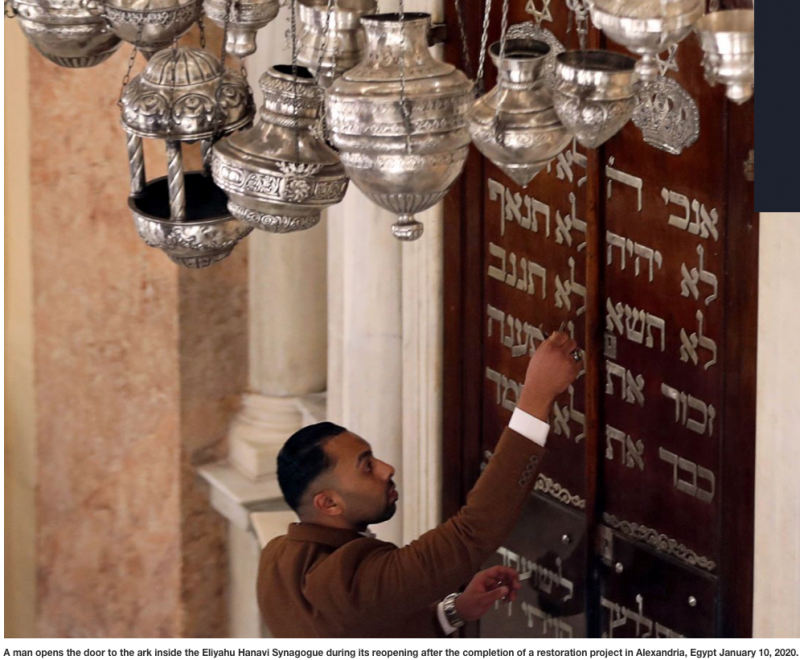 The Jewish community’s modern exodus from Egypt began in 1948, after the creation of the state of Israel.

However, Egypt was the first Arab country to make peace with Israel in 1979 and relations between the two former enemies is better than ever under Egyptian President al-Sisi. 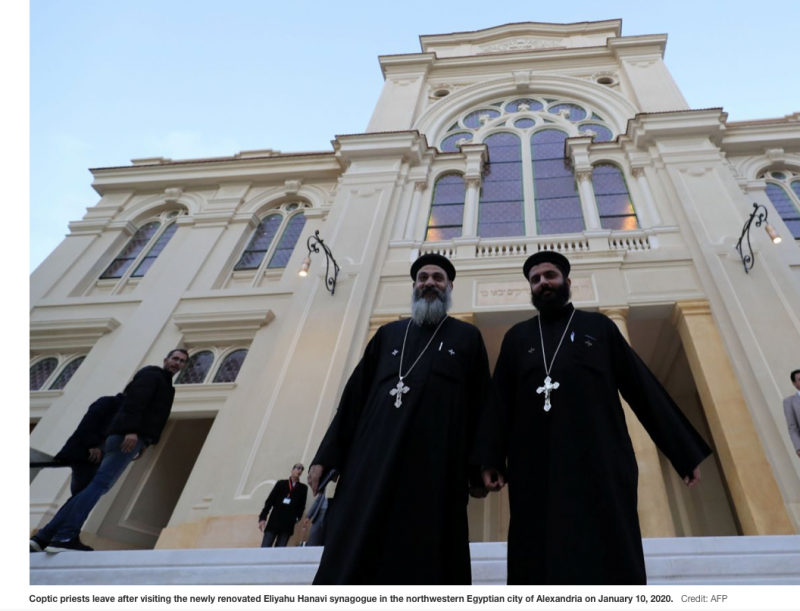