After a group of Muslim migrant “youths” beat a German father to death in front of his wife and children at an outdoor Christmas market in Germany, Chancellor Angela Merkel faced tough questions from Alternative for Germany (AfD) party’s Dr. Gottfried Curio in the Bundestag (Parliament) about  skyrocketing Muslim migrant crime. Merkel’s response brought cynical laughter from the floor, as she pledged to deal with crime by “creating a large number of new positions to crack down on right-wing extremism.” 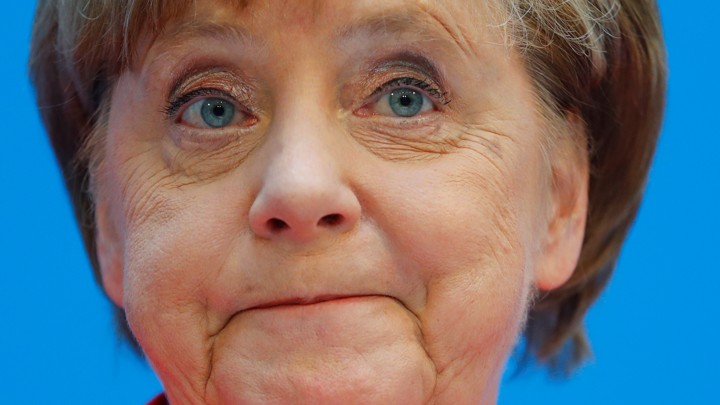 RAIR Foundation The AfD, (Alternative for Germany), is the only classical European party on the German political spectrum. They are family oriented, want secure borders, and believe in the preservation of the nation state of Germany, much as President Trump does of America.

Dr. Gottfried Curio questioned the Chancellor about an event that took place in Augsburg, when a fireman was murdered in front of his wife by 7 culture-enrichers at a Christmas market in the German city. The fireman was attacked by seven Muslim “youths”, most of whom had multiple citizenships — Turkish and Lebanese in addition to German. The attack also “left the firefighter’s male friend badly injured.”

Curio questioned Chancellor Angela Merkel on her catastrophic decision to leave Germany’s borders open at the start of the 2014/2015 illegal Muslim migrant invasion. Last year alone, there were hundreds of cases of murder and manslaughter, and thousands of cases of sexual assault by Muslim men on German women and girls.

Curio asked whether Merkel recognizes the systemic problem of crime?

The Federal Report on Immigrant Crime shows that Augsburg is the tip of the iceberg. The immigrant perpetrators have multiplied dramatically since 2014. Last year hundreds of cases of murder and manslaughter, thousands of cases of sexual assault, tens of thousands of cases of bodily injury. In light of such numbers of migrant criminals, would you speak of isolated incidents or do you recognize that there are systemic problems?

“We want to combat all forms of violence,” replies Merkel, “for example by creating a large number of new positions in the fight against right-wing extremism.” Parliament members burst into laughter over the absurdity of Merkel’s response, who refused to recognize the ongoing daily threats caused by Muslim migrants and the radical left.