Because they haven’t been looking in the right place – the nearest Muslim migrant neighborhood. Locals near Strasbourg were left shocked last month when more than 100 graves at a Jewish cemetery were covered with swastikas and hateful anti-Semitic graffiti. 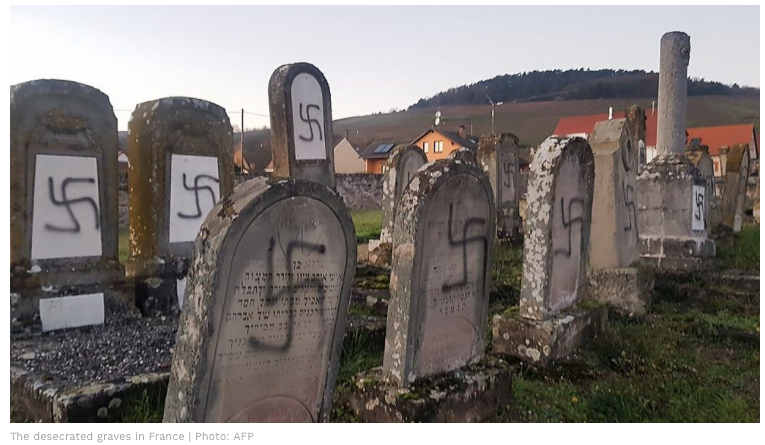 EuroNews  While the graves have now been cleaned, some are still searching for answers. The graffiti is just one of a rising number of anti-Semitic incidents in France. Attacks against Jewish people rose 74% in 2018, police said. “I was asked to come and remake the war memorials,” one local said. “It’s not normal for us. We don’t know why they attack (the graves).

Maurice Dahan, president of the Jewish consistory for the Bas-Rhin region, who is married to a woman whose both parents were survivors of Nazi death camps, said: “There are the despicable things like a swastika on a door, yes,” added Dahan. “but then there were even more horrible acts, right here in Strasbourg when a man was stabbed by a Muslim shouting Allahu Akbar.”

And therein lies your answer.