The moment of silence was requested by a member of the conservative Alternative for Germany (AfD) party which fights against mass Muslim immigration. Not only did the Muslim sympathizers on the Left refuse to stay silent, they cheered when the moderator scolded the AfD MP for breaking procedure.

Conservative party, AfD used their speech time to honor the victim with 1min of silence

(From 2019) A rejected Iraqi Muslim asylum seeker in Germany has been sentenced to life in prison for the rape and murder of 14-year-old Susanna Feldman. A Wiesbaden court found Ali Bashar guilty and sentenced him to life behind bars. A 35-year-old Turkish Muslim was also a suspect. 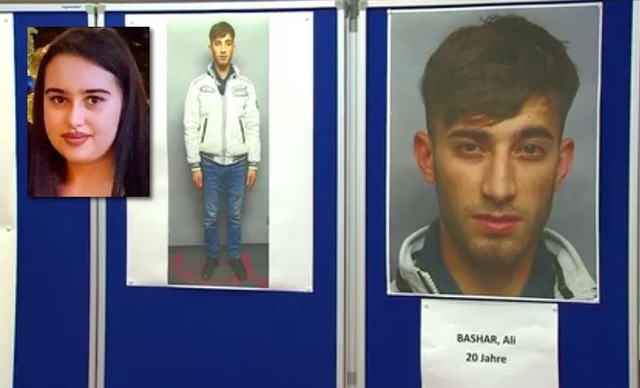 Daily Mail Bashar beat, raped and strangled Ms Feldman, from Mainz, to death in a wooded area near his refugee shelter over a year ago. Her body was then buried in a shallow grave covered with leaves, twigs and soil, near railway tracks. She was missing for over 10 days sparking a widespread search operation in May last year.

The four-month case sparked a nationwide debate on Germany’s refugee policy, and led to anti-migrant protests across the country.