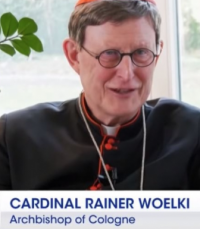 The Cardinal of Cologne, Rainer Maria Woelki, is wearing a life vest to call attention to scold Christians for not doing enough to rescue tens of thousands more Muslim invaders pretending to be refugees who are trying to get to Europe’s most generous welfare states filled with white women whom they consider to be “fresh meat.”

This is the same Cardinal who preached “white guilt” from a migrant boat — at the site of the Cologne New Year’s Eve mass sexual assaults of German women by Muslim migrants.

HUFFPost The Cardinal of Cologne pulled a stunt at the same square where the infamous Cologne rape and grope attack by Muslim migrants took place on New Years Eve. He arranged to have one of the migrant boats brought to the train station, stood within it and proceeded to claim that the migrants are like Jesus. Because they are poor.

Cologne’s Catholic Church has repeatedly called out anti-migrant sentiment in the country. Last year, Woelki helped convince hundreds of churches in his diocese to ring their bells a collective total of 23,000 times, to remember the many migrants who have drowned while crossing the Mediterranean since the year 2000. Earlier in 2015, the cathedral turned off its lights in protest of marches organized by Pegida, a German political movement that is both anti-Muslim and anti-immigration. 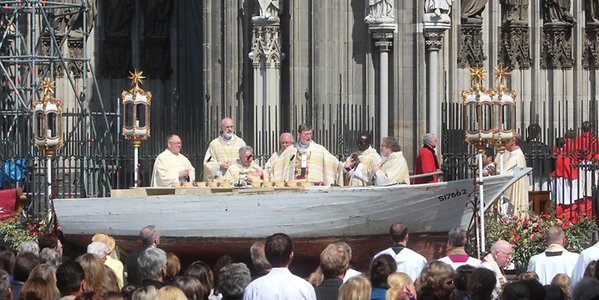