As they always do…like spoiled little crybabies throwing a tantrum whenever they don’t get their way. On the other hand, twenty-three nations embraced the Trump Peace Plan, seven of them in Middle East. 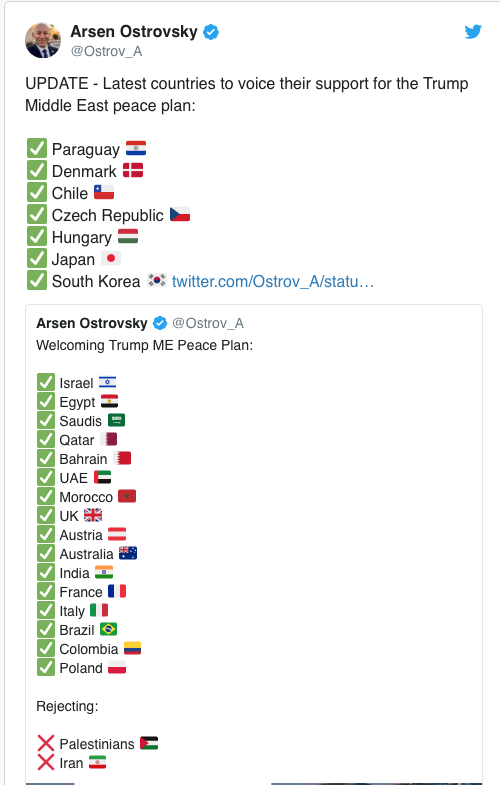 Nearly two dozen world leaders have signaled their openness to President Trump’s sweeping new peace plan for Israel and Palestine, ignoring claims in the U.S. media that it was dead on arrival to focus on it as a beefy starting point. 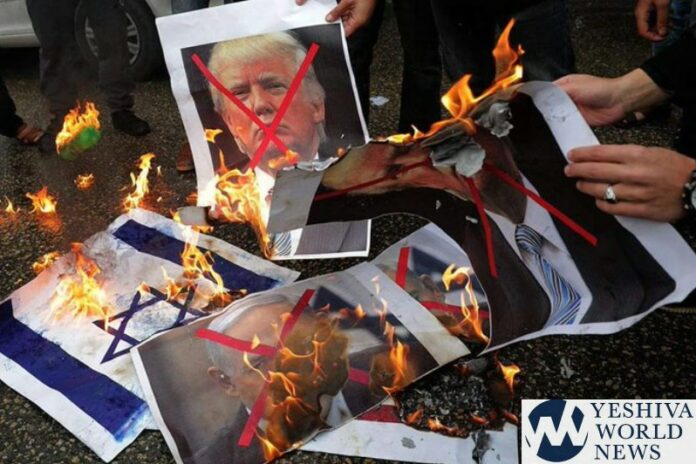 A statement from Bahrain was typical of the reaction that has flooded into the White House since Trump unveiled the plan Wednesday. “The Ministry of Foreign Affairs commends the United States of America for its determined efforts to advance the peace process,” Bahrain said.

Even Qatar said in a statement that it “appreciates the endeavors of President Trump and the current U.S. administration to find solutions for the Palestinian-Israeli conflict.”

Australia, for example, said it “welcomes the release of the U.S. ‘Vision for Peace’ by President Trump today. 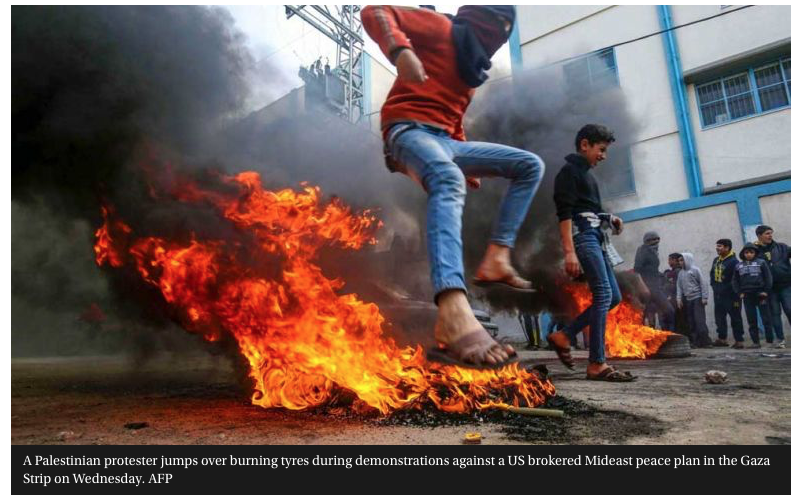 And the Moroccan foreign ministry echoed that. It said: “The resolution of the Palestinian question is the key to stability in the Middle East. It is for that reason that the Kingdom of Morocco appreciates the constructive peace efforts of the Trump administration with a view to achieving a just, lasting, and equitable solution to this conflict.”

Joined by only Iran and Turkey, Mahmoud Abbas is leading the Palestinians’ rejectionist charge, with Hamas and Islamic Jihad bosses lobbing rockets from Gaza at southern Israel. Meanwhile, Arabs in Judea and Samaria took to the streets, to burn effigies of Donald Trump and provoke Israeli troops, with Palestinians in Jerusalem attempting a stabbing attack.