A young man who was working as a tree surgeon noticed that an elderly woman was being harassed and intimidated by a Muslim migrant man who had become enraged by her driving. Habibur Rahman, 27, was heard shouting racial abuse and obscenities at the woman when the teen felt he had to intervene. 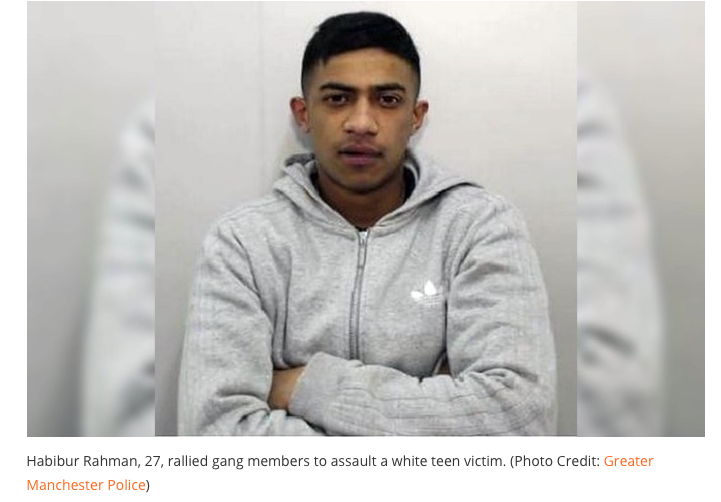 Despite hurling racial abuses at both victims and seemingly targeting “white” victims, none of the perpetrators were charged with a hate crime. In fact, the crimes weren’t even considered racially motivated in any way.

Instantly, a brawl broke out between the pair, as the teen called for Habibur to leave the scared elderly woman alone. It was then that Habibur made it clear that he wouldn’t be “disrespected” on his “territory” and that there would be “swift retribution” for the heroic teen. He was also heard calling his victims “white bastards” who were in his “country.”

According to Manchester Evening News, Habibur tracked the young man to a local property upon which he and his colleague were working. He then called for his brother, 29-year-old Zillur Rahman, to summon nearly 20 fellow gang members. It was clear that the teen was in serious danger. 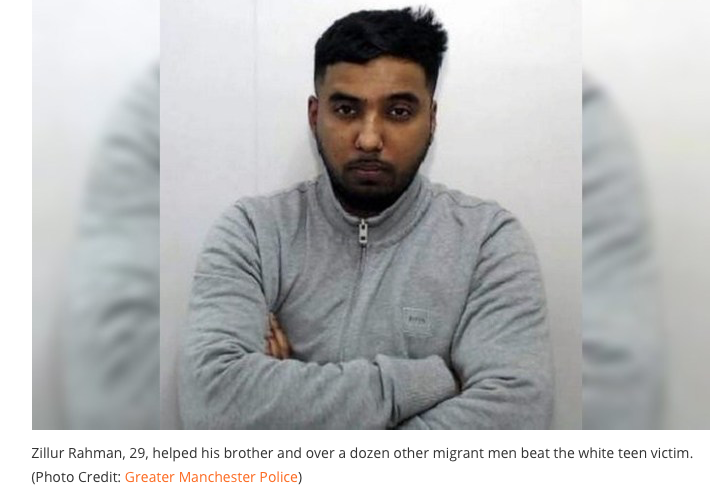 At Habibur’s order, all the men began beating the victim before Sajid started hacking away at him, hitting him first in the chest and shattering his ribs and collapsing his lung. Sajid then aimed for the teen’s head but was prevented by the young man’s arm, which led to his hand being hacked off.

The victim managed to escape when one of his colleagues revved a chainsaw at the mob. He was then airlifted to a hospital to undergo life-saving emergency surgery.

Though his hand (photo below) was partially reattached through a series of six surgeries over the course of two years, he is expected to recover only 60 percent use of his arm. Of course, he still suffers physically and mentally to this day. 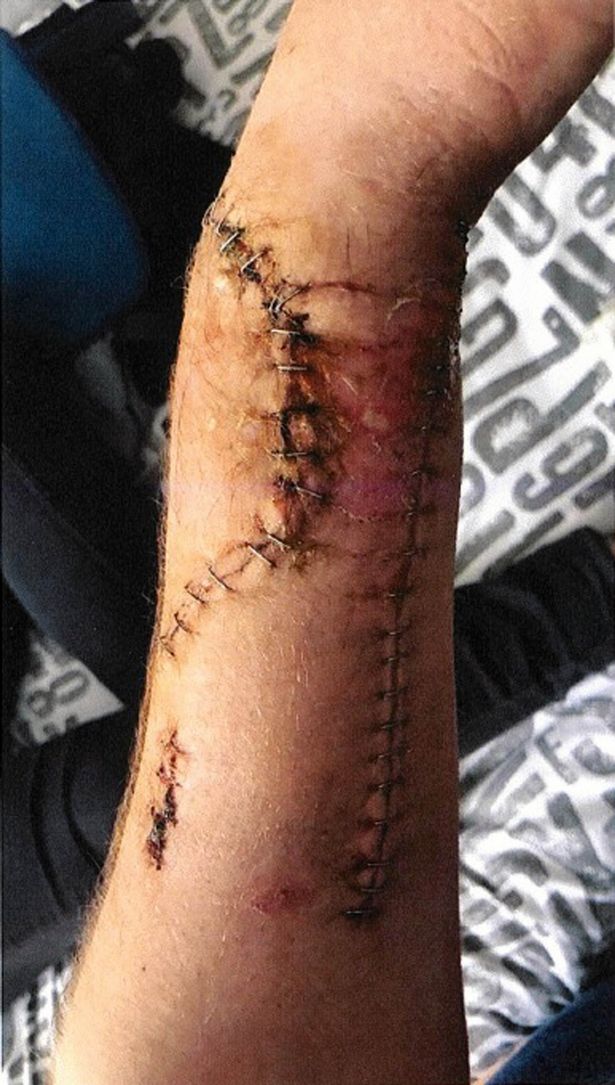