“We are the new Jews,” said Nihad Awad, executive director of CAIR. Now, CAIR is trying to equate what they call “Islamophobia” with what happened to  Japanese Americans following Japan’s attack on Pearl Harbor. All I can say is it’s too bad George W Bush didn’t put all the Muslims in America into the old Japanese internment camps after the Muslim terror attacks on 9/11.

CAIR will premiere “Muslims at Manzanar: A Civil Rights Journey” online on the anniversary of President Roosevelt’s signing of Executive Order 9066 allowing the incarceration of Japanese Americans and others in internment camps.

“We’ve seen the different forms of the same kind of rhetoric, same kind of surveillance and same kind of demonization of a people,” CAIR Sacramento Valley’s Danna Elneil said, in reference to Trump’s Travel Ban on several Muslim countries.

In commemoration of the 75th anniversary of Executive Order 9066, and in light of our president’s recent Muslim ban, we present the “Manzanar” T-shirt. 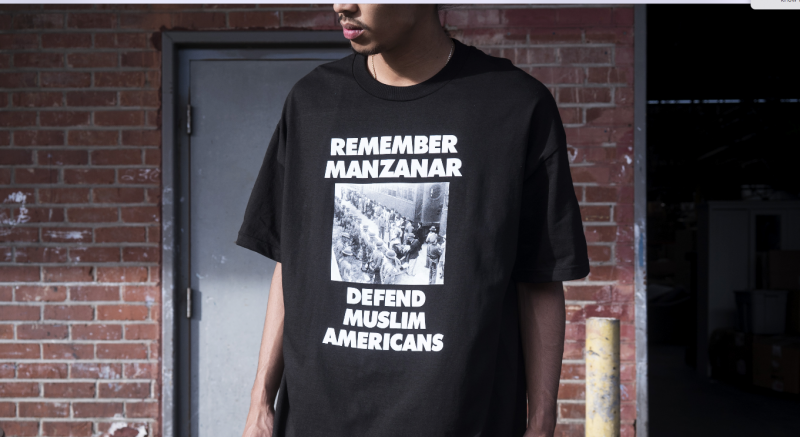