In January, CAIR welcomed the resignation of Kokomo Republican Common Council Member Greg Jones after what CAIR likes to call “Islamophobic” posts to his Facebook page in 2015 were found calling Muslims “goat humpers” and referring to Islam as “a theocratic moon cult.”

Jones’ comment came above a story from www.conservativeinfidel.com titled “FILTHY MUSLIM SUPREMACISTS Get Payoff From Empire State Bui…”; the rest of the headline is obscured, and the link is now dead. 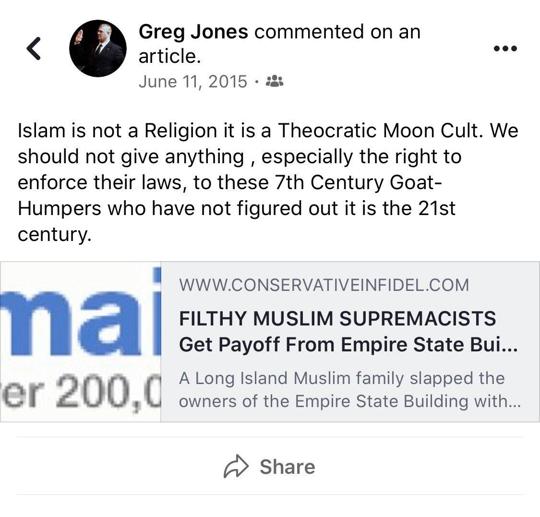 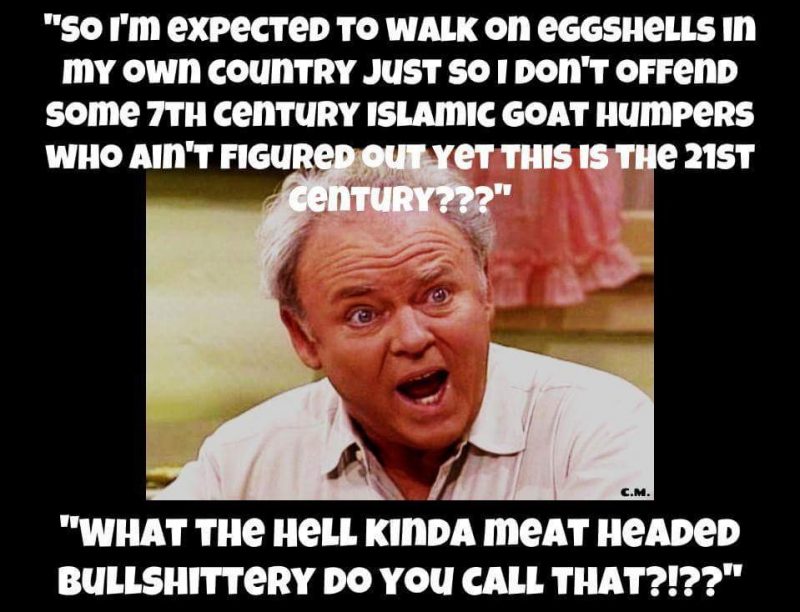 CAIR  Last week, the Howard County Republican Party selected Roger Stewart to replace Jones as the council representative of District 4. On Friday, Islamophobic posts were discovered on Stewart’s now-deleted Facebook page, including one 2019 meme stating, “I refuse to bend, twist or change to make Muslims feel comfortable in MY COUNTRY.” 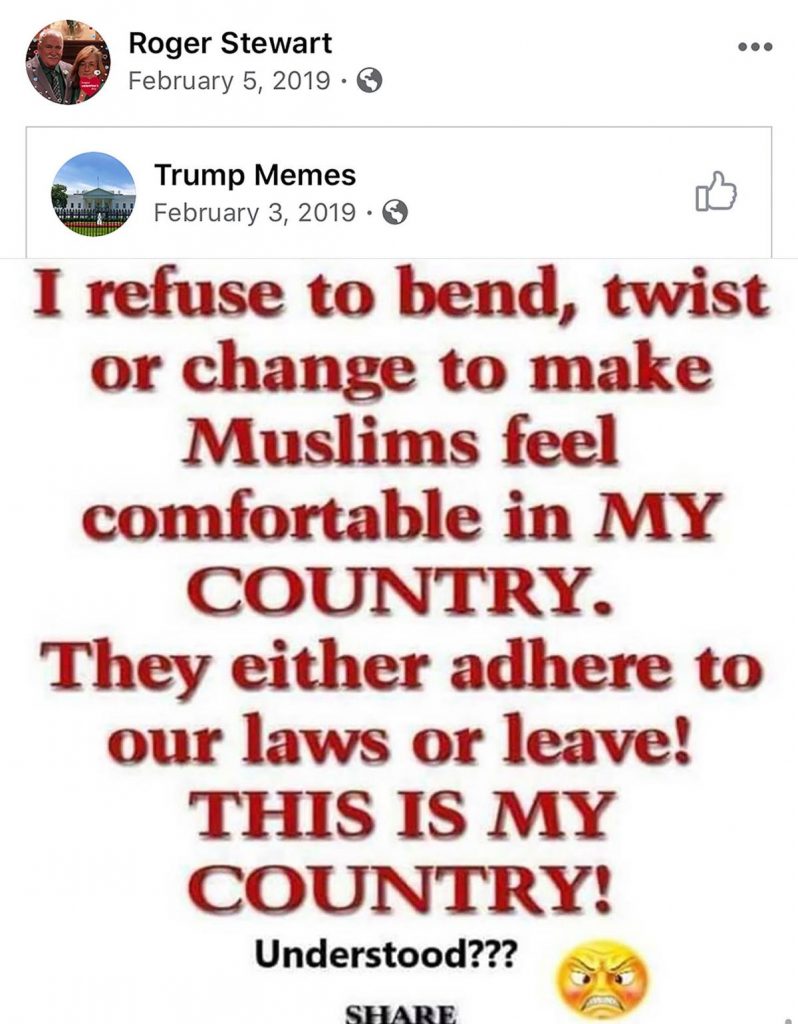 Another post shared on Stewart’s page criticized officials taking their oath of office on the Quran, Islam’s revealed text. It stated: “Let me say about the QURAN, if you take the Oath of Office on a book recognizing Sharia Law swearing to defend honor and uphold the United States Constitution, then you have committed treason.” Stewart say he does not recall making the posts and says apologizes “if anybody is offended.”

“Just as we called for the resignation of the previous Islamophobic official, we urge Mr. Stewart to resign from his post and for a person who understands constitutionally-guaranteed religious freedoms to be appointed in his place,” said CAIR National Communications Director Ibrahim Hooper. 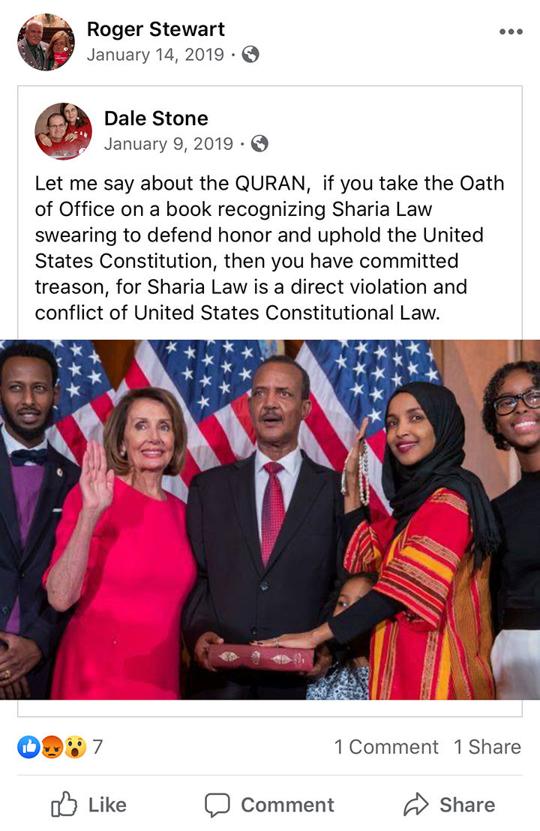 Kokomo Perspective Stewart shared another user’s post to his page on Feb. 7, 2019, which was titled “What is an infidel?” The lengthy post focused on an anecdote concerning prison ministry wherein the author listened to three speakers. One was Roman Catholic, another Protestant, and another was of the Muslim faith.

Through that anecdote, the author claimed to have confronted the Muslim about their faith and Sharia Law and through that had exposed “the truth about the Muslims’ beliefs.” That belief in the anecdote focused on the radical belief of killing those who do not follow the Islamic faith, and the anecdote intimated that “all followers of Allah have been commanded to kill everyone who is not of [their] faith.”