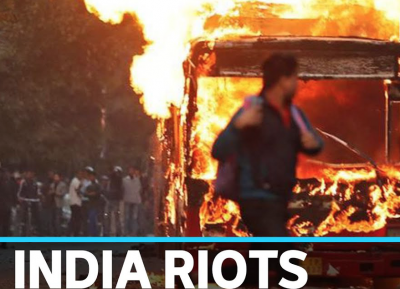 As you’ve been seeing here in the past few months, Muslims in India are rioting over passage in the Indian Parliament of Prime Minister Modi’s Citizenship Amendment Act which fast-tracks Indian citizenship for persecuted (by Muslims) religious minorities who have escaped to India from neighboring Muslim countries. Now, apparently, Hindus are fighting back: Mosque in Indian capital set ablaze as police are accused of helping Hindu mob target Muslims and their properties. 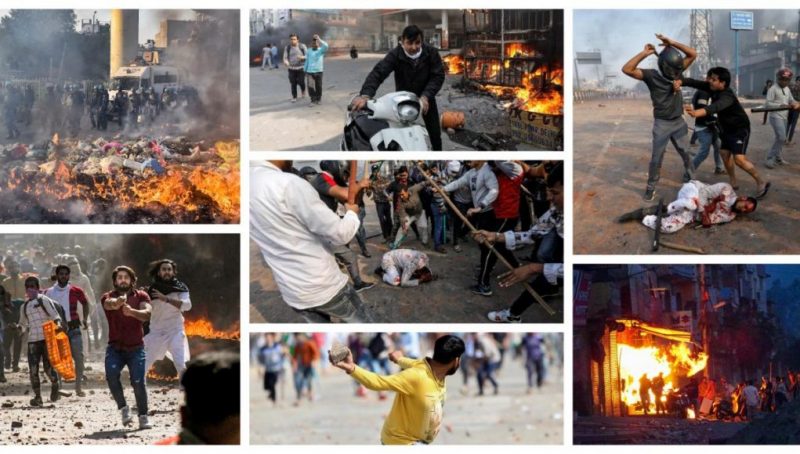 Al-Jazeera  The death toll in Delhi’s worst religious violence in decades has risen to 24 as Indian police have been accused of looking the other way while Muslims and their properties were targeted.

A mosque was set on fire in the Indian capital on Tuesday by Hindu mobs, as several Muslim-populated areas in the city were attacked during three days of violence, which were triggered after attacks on sit-ins against a new citizenship law.

Video footage shared on social media showed a mob climbing to the top of the mosque’s minaret where they attempted to plant a saffron flag, a banner associated with Hindu far-right groups.

Anil Mittal, a senior police officer, said approximately 150 people were injured in the violence that started as US President Donald Trump arrived on a two-day India trip. “Some of the people brought in had gunshot wounds,” Rajesh Kalra, additional medical superintendent at the Guru Teg Bahadur Hospital, said of Monday’s violence.

Renewed violence has been reported in Muslim populated areas such as Karawal Nagar, Maujpur, Bhajanpura, Vijay Park and Yamuna Vihar, while stones were thrown in neighbourhoods such as Maujpur.

Chief Minister of Delhi Arvind Kejriwal appealed to residents to maintain peace after an urgent meeting of his newly elected legislators in the capital.

India’s capital has been a hotbed of protests against the law, which eases the path of non-Muslims from three neighbouring Muslim-majority countries to gain Indian citizenship. This has led to accusations that Modi and his Hindu nationalist BJP are undermining India’s secular ethos.

In the below video, Muslims are threatening to destroy India over the anti-Muslim Citizenship Amendment Act, evidence of why the Act was created in the first place.

IT FIGURES…no sooner does India announce plan to grant citizenship to persecuted non-Muslims in neighboring Islamic countries, and Muslims go on a rampage