The National Board of the Muslim Caucus of America together with our Advisory Committee Member, Iowa State Representative AKO Abdul Samad, is proud to announce its endorsement of Senator Bernie Sanders for President. The 78-year-old Jewish Communist from Brooklyn enjoys wide support among the Muslim base, partly due to his open support for Palestinian terrorists. 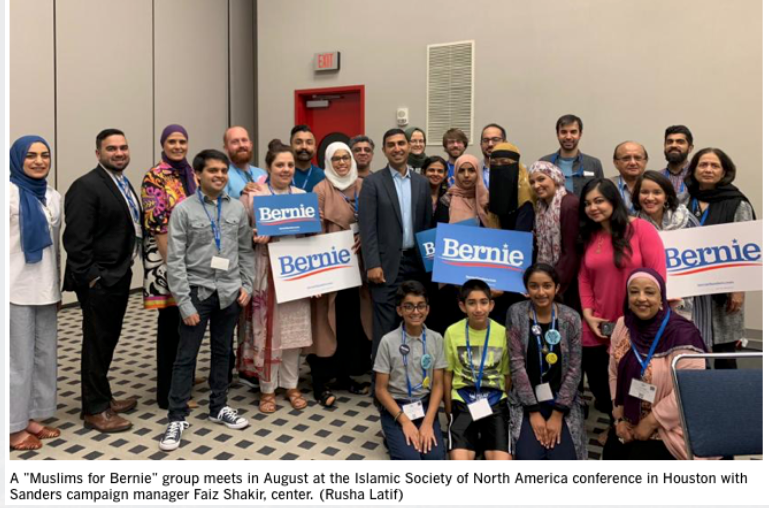 “American Muslims were disappointed with the hate and fear-mongering rhetoric of 2016 with Donald Trump tying Muslims to Terrorism and Bill Clinton’s remarks calling for a loyalty test of Muslim Americans to prove we were not tied to terrorism,” said Ghazala Salam, President of the Muslim Caucus.

Senator Sanders has displayed moral courage in fighting for the oppressed throughout his career, from his days as a civil rights activist to the countless pickets and strikes. He has stood with violent Muslim extremists everywhere, including in Palestine, Kashmir, Bosnia, and China. 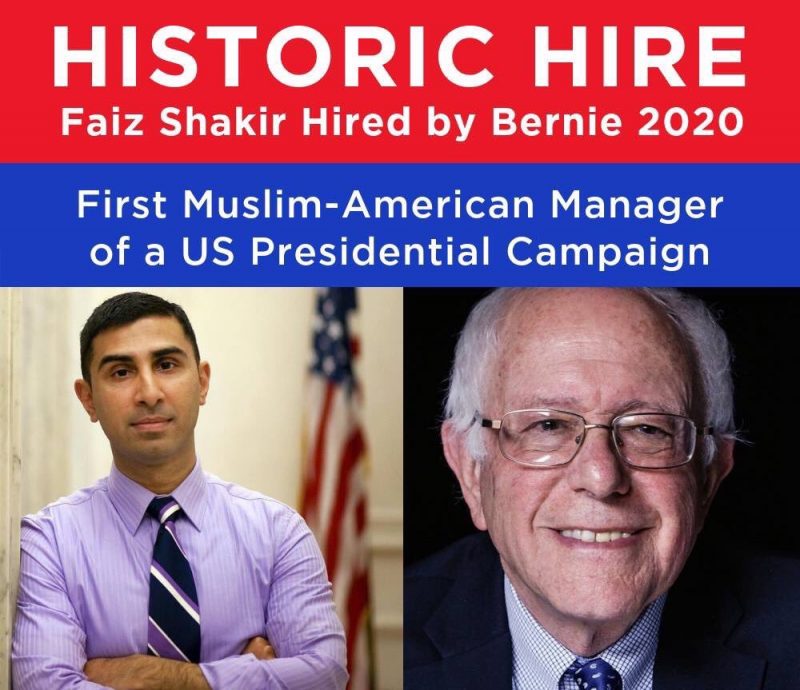 Times of Israel Bernie Sanders was one of only two Democratic presidential candidates to address the Islamic Society of North America Convention in August, the largest annual gathering of Muslim Americans in the country.

“Sanders has taken an active role in elevating Muslim communities and Muslim spokespersons in the national presidential debate,” said Robert McCaw, director of the government affairs department at the Council on American-Islamic Relations. “He’s not shy in going into Muslim spaces publicly and endorsing our issues and making them a part of the campaign.”

Sanders was the first presidential candidate to visit a mosque following the March shooting at two mosques in New Zealand. With his appointment of Faiz Shakir as campaign manager, he became the first major presidential candidate to appoint a Muslim in that role. He has picked high profile Muslims as surrogates — including Women’s March organizer Linda Sarsour and comedian Amer Zahr, both Palestinian Americans. 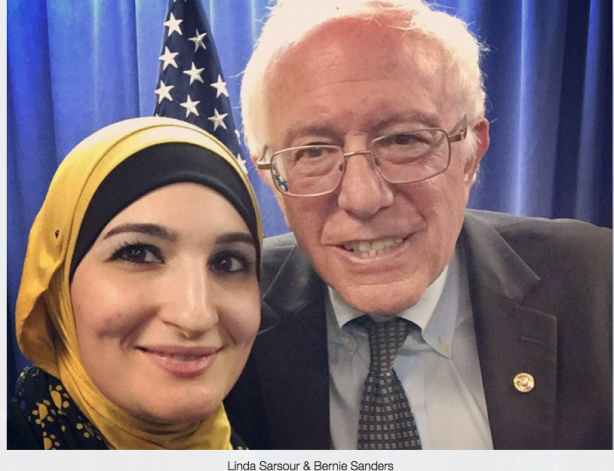 Prominent Muslim politicians, in turn, have endorsed Sanders. They include Rep. Ilhan Omar, D-Minn., who came out for Sanders last week. Rep. Rashida Tlaib, D-Mich., is set to join Sanders at a rally in Detroit this weekend and reportedly is going to endorse him as well. Omar and Tlaib, the first Muslim women elected to Congress, have been the repeated target of attacks by President Donald Trump. 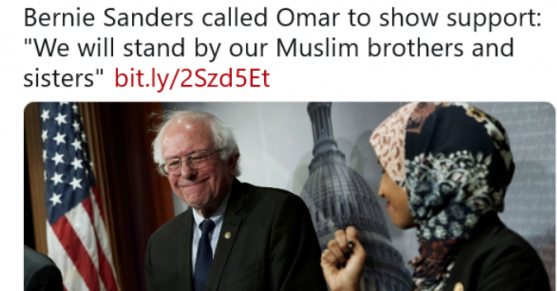 Sarsour, the Sanders surrogate and former Women’s March organizer, did not respond to requests for comment, but she told the Los Angeles Timeslast month that Sanders “crushes the stereotype that Muslims and Jews are natural enemies.” Sarsour also cited Sanders’s defense of Tlaib and Omar in the face of Trump’s attacks and his being “outspoken on Palestinian rights” as reasons for Muslim support.

This is the wealthiest country on Earth—no one should be going without food or clean water or decent housing.

We’re going to create a nation that works for all of us. pic.twitter.com/EJVD11JNFW

Sanders has stood out among Democratic contenders for his willingness to condemn and malign Israel. He was the first serious candidate to suggest that aid to Israel could be contingent on its compliance with US policy, although Sen. Elizabeth Warren has now embraced that view. He has come down hard on the government of Prime Minister Benjamin Netanyahu, including calling it “racist.”

Bernie Sanders, an Israel-hating, far-left Jew from Brooklyn, is considered a rock star by Muslims, especially by Muslim anti-Semites

BERNIE SANDERS, a virulently anti-Israel, self-hating Jew, who goes out of his way to pander to his mortal enemies

As Bernie Sanders hugs a Muslim supremacist, he vows to fight the rapidly growing counter-jihad movement in America