Has the EU stopped paying Turkey billions of dollars in blackmail money to stop Muslim migrant-wannabes from reaching Europe by land and sea? Hours after Ankara vowed to stop blocking them from reaching the continent, Greece is forced to teargas huge crowds of Muslims on their borders.

Hundreds of Muslims  in Turkey started arriving on the borders with Greece and Bulgaria on Friday after a senior Turkish official said Ankara would no longer abide by a 2016 EU deal and stop refugees from reaching Europe. 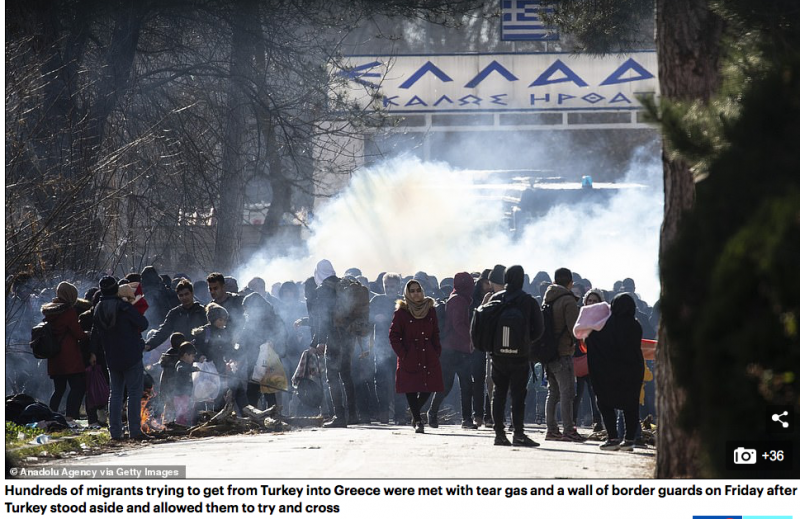 Daily Mail (h/t Ionna H) Desperate scenes unfolded on Friday at a border crossing near the Turkish city of Edirne after Turkish police and border guards were ordered to stand aside and allow hundreds of people through. That prompted a crowd of hundreds to rush the Greek side of the crossing, which was quickly blocked by Greek guards who fired tear gas to keep them back.

Greece and Turkey share a natural river border close to Erdine – highlighting the location’s strategic significance – but Turkish territory expands slightly west of the partition, with a border fence on Greece’s side. 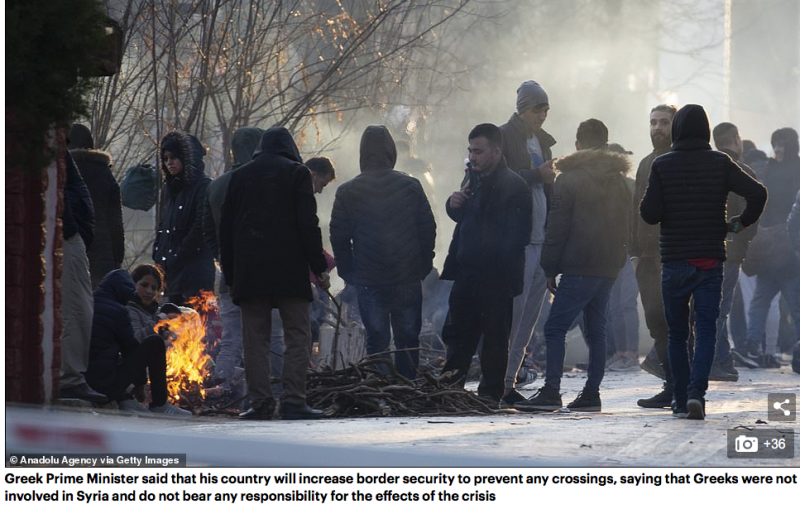 Turkey, which is already home to around 3.6 million Syrian refugees, is threatening to unleash a fresh migration crisis on Europe in an attempt to pressure European countries to come to its aid in Syria – where it is trying to prevent a Russian-backed government offensive in Idlib province.

Greece’s Prime Minister Kyriakos Mitsotakis has said the country will not tolerate the illegal entry of migrants through its borders and will increase its border security.

In a Tweet, Mitsotakis said Greece ‘does not bear any responsibility for the tragic events in Syria and will not suffer the consequences of decisions taken by others.’

In the early hours of Friday, more migrants were pictured landing on the Greek island of Lesbos having arrived by boat over the Mediterranean.

A Greek police official said dozens of people had gathered on the Turkish side of the land border in Greece’s Evros region, shouting ‘open the borders.’ Police and military border patrols on the Greek side readied to prevent people crossing without authorization.

The Idlib offensive, which is being carried out with Russian backing, threatens to spark a refugee crisis on the Turkish border as millions of civilians risk being indiscriminately targeted in bombings and airstrikes. 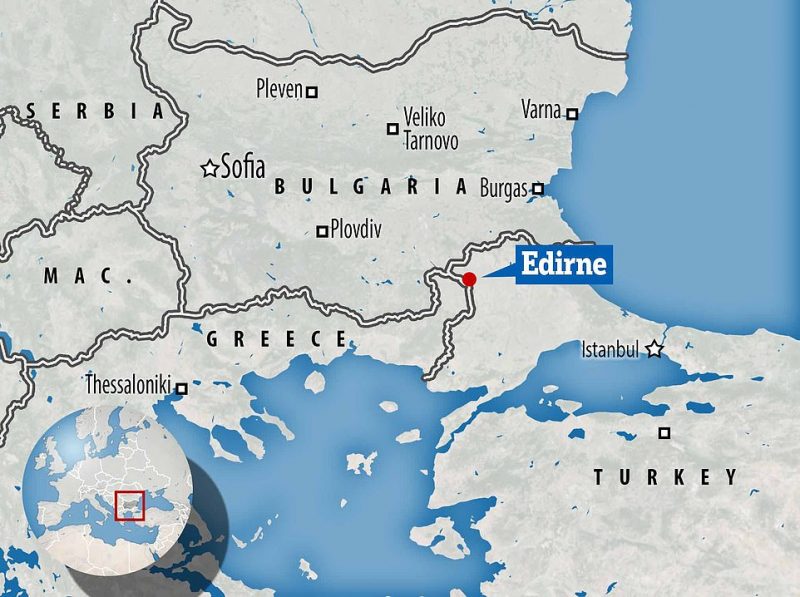 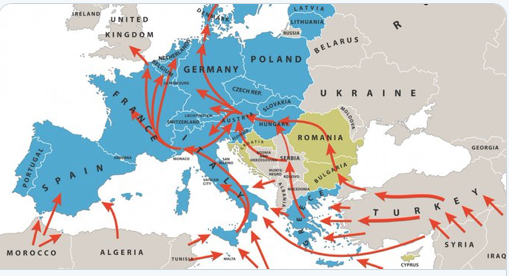 Idlib is currently home to some four million people, many of them displaced by fighting elsewhere in the country and living in tent cities along Turkey’s border.

Turkish President Tayyip Erdogan has repeatedly threatened to open the gates for migrants to travel to Europe. If it did so, it would reverse a pledge Turkey made to the European Union (after receiving billions of dollars) in 2016.

GREEK PROTESTS: More than 60 people have been hurt, many of them riot police, in clashes with protesters on Lesbos and Chios over plans to build new migrant camps. 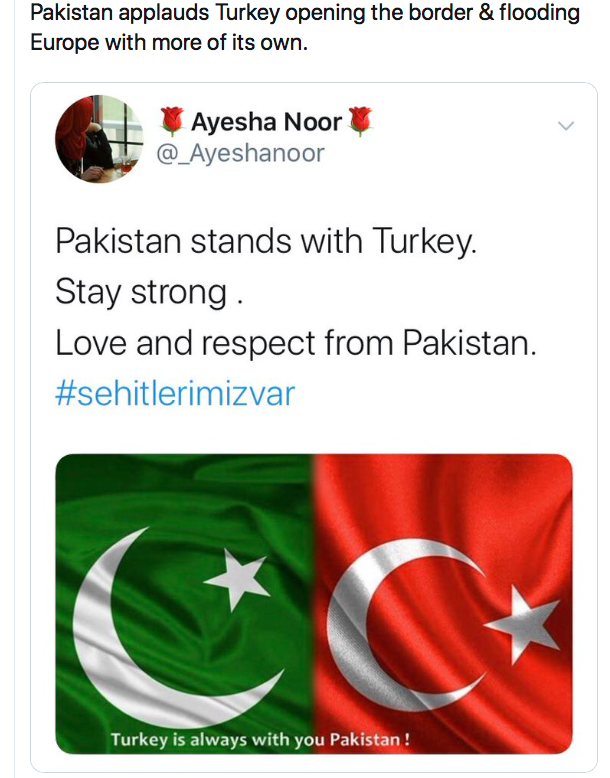