The New Orleans Police Department has made an arrest in connection to more than 40 car breaks-ins at the Notre Dame Seminary last week. Police arrested 18-year-old Ma’Leik Ahmad Hundley (below) in connection with the burglaries. 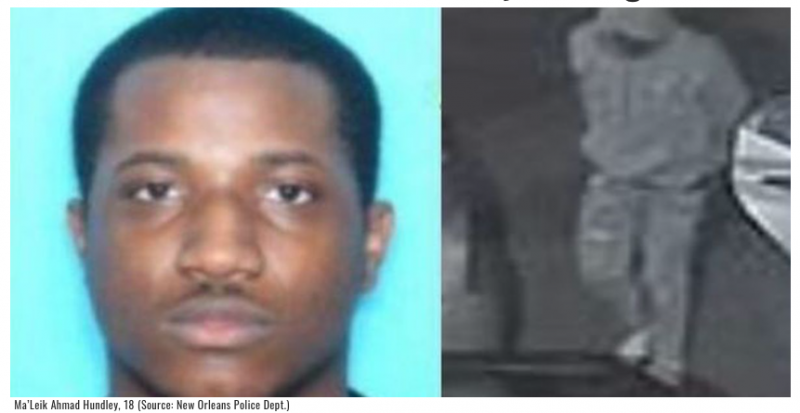 FOX8  (h/t wife) Hundley was positively identified as one of four suspects who committed the break-ins in the 2900 block of Carrollton Avenue.

Hundley was arrested in the Seventh District on un-related charges. He was transported to the Orleans Parish Justice Center where he was booked with 38 counts of simple burglary, 40 counts of criminal damage to property, two counts of trespassing, one count of attempted burglary and one count of conspiracy to commit burglary.

The other three perpetrators remain at large.