Turkish President Recep Tayyip Erdogan’s has opened his country’s borders with Europe making good on a longstanding threat to flood the continent with 3.6 million Muslim invaders posing as asylum seekers. 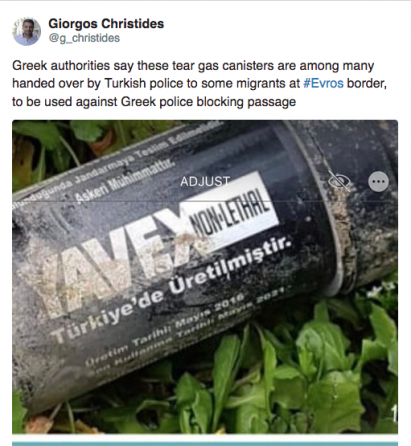 RAIR Foundation  Giorgos Christides, who has been documenting events in Lesbos, tweeted that the Greek authorities claim that Turkish police has been providing migrants with “tear gas canisters” to be “used against the Greek police blocking passage…”

The actions of the Turkish authorities are not only inconceivable but could be considered an act of war.