According to one independent media outlet, Biz10, the Turkish authorities released mainly Middle Eastern Muslim inmates from prison and brought them to the Greek border in police vehicles. 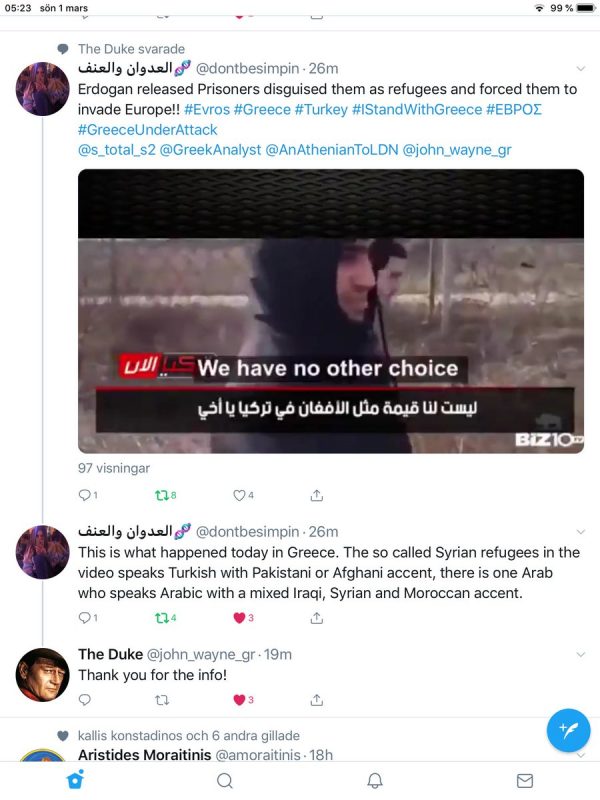 Balkan Insight Since Ankara announced the decision, thousands of mainly Middle Eastern illegal migrant wannabes have flocked to cities close to the border with Bulgaria and Greece as well as to ports on the Aegean Sea. Turkish media reported that thousands were heading to border cities in buses, taxis and other forms of transport. Because of the demand, some bus companies have introduced new lines.

Migrant explains he was released from Turkish prison and brought by police to the Greek border.

He goes on to explain life is too hard for him in Turkey and he wants money and a phone from Europe. pic.twitter.com/YC51n2vFsB

The prospect of another massive wave of Muslim invaders has alarmed European countries closest to Turkey, starting with Greece and Bulgaria.

Both governments have announced that they will tighten border security on both land and sea. The Bulgarian Defence Ministry has deployed a thousand more soldiers on the Turkish border.

Greece has not sent additional troops to the border but said it has authorized its border guards to stop refugees from entering.

👇 I’ve always been, and still am, averse to the “invader” label, but things have changed dramatically.

Massive numbers of healthy young men are abandoning their own ruined homelands to force their way into someone else’s country.

Free West Media (h/t Safi) Turkish President Erdogan said the EU should take “its share of the burden ” of the migration crisis. “Millions” of illegal migrants will be heading to Europe “soon” he added. Visuals of Turkish police firing rear gas at Greek border agents have surfaced on social media.

Prime Ministers of Hungary, Poland, Slovakia and the Czech Republic meanwhile praised Greece’s efforts on Wednesday to stem the influx of migrants to Europe following Turkey’s decision to open its western border. 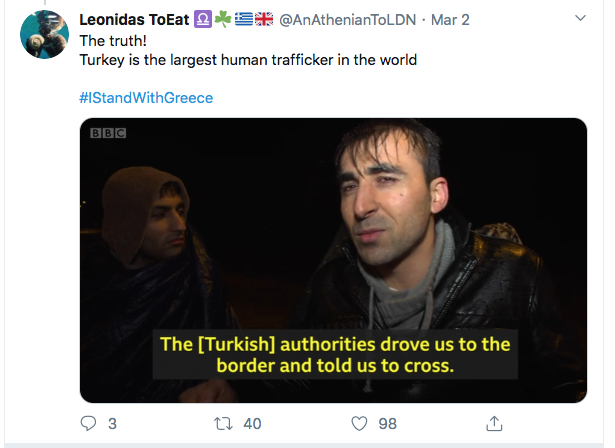 Hungarian Prime Minister Viktor Orban confirmed that there were “already 130 000 migrants north and west of the Greek-Turkish border who were heading to Europe”. He concluded: “This mass must be stopped as far south as possible, and if that does not work, then of course, as in 2015 as a last resort, the Hungarians will be there to stop them at the Serbian-Hungarian border.”

Austria has been sending police units to the Hungarian-Serbian border while Hungary is manning North Macedonia and Serbia with additional units, Hungarian press service MIT announced.

Turkey even released jailed Afghans and Turkish police escorted the freed prisoners to the EU border with their own police cars.

Turkey releases jailed Afghans and police take them to the european border with their own police cars :))

“Turkey doesn’t know how valueable we afghans are, but The Europe knows. Our lives will be saved in Europe” https://t.co/K4sYwZT4N9