In short, two groups appear likely to have the most to lose from Haney’s soon to be published book about the government and its ties to terror-linked Islamic groups: Deep State operatives from the Obama regime and designated terrorist group CAIR. 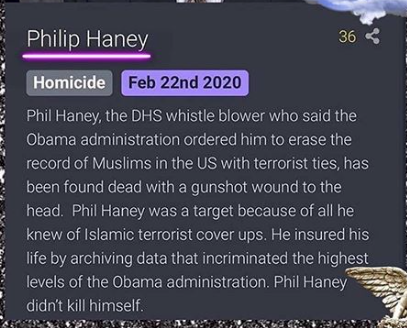 PLEASE NOTE: There is an error in the above. The gunshot wound was to his chest, not his head.