Hundreds of Greek protesters gathered in Thessaloniki to demand that Greece closes the borders and stops letting Muslim invaders into the country. 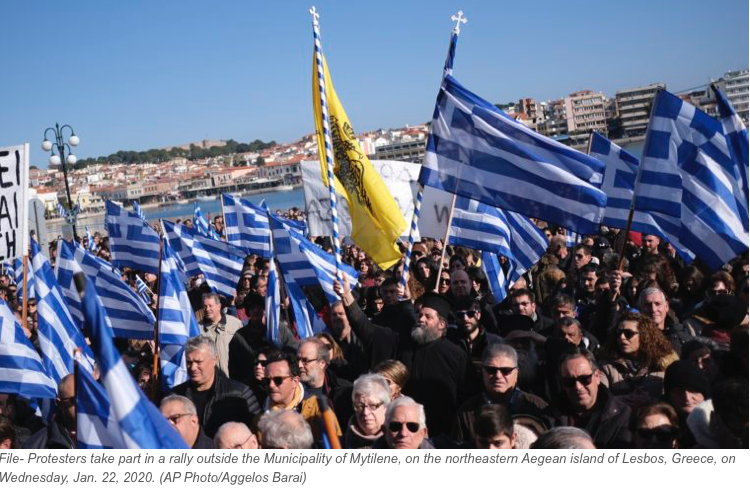 “They come from 72 different countries and we don’t want them here in Greece. They ask to be hosted in this country, by throwing rocks and tear gas,” she added.

Anti-immigration banners, including one that read, “No to mosques, no to hospitality. Islam and illegal invaders out of Greece. Do not give them apartments to stay,” could be seen at the rally that had a heavy riot police presence.

Muslim illegals have been trying to cross the border in large numbers since Turkey announced it would no longer abide by a 2016 agreement with the EU to halt migration flows into the continent in return for 6 billion euros in aid.