Five years into  the Middle East & Africa’s so-called  “refugee” crisis, the multi-billion Euro  deal with Turkey to keep them out of Europe has broken down. And Turkish dictator Erdogan has started sending tens of thousands of mostly male Muslim freeloader-wannabes to smash through the border with Greece, leaving the bankruptcy-plagued country to cope with the crisis alone.

VICE On the once-idyllic island of Samos, the squalid, cramped camp of 7,000 migrants and refugees on the hillside overlooks a town of 7,000 Greeks, and the situation is about to explode.  With the tourist economy devastated, islanders feel abandoned by both the Greek government in Athens and the European Union as a whole.

As a result, volunteer aid organizations have had their facilities burned down by angry residents on the Greek islands.

Less than 2% of the refugees slated for resettlement in the rest of Europe have left Greece, as European nations refuse to implement the bloc’s continent-wide asylum policy. At the same time, almost no failed asylum claimants have been returned to Turkey, while the number of new arrivals have spiked, doubling in the past year.

As a result, Greece has been left to cope with the crisis alone, with the bankrupt European nation transformed into the continent’s open-air prison camp. 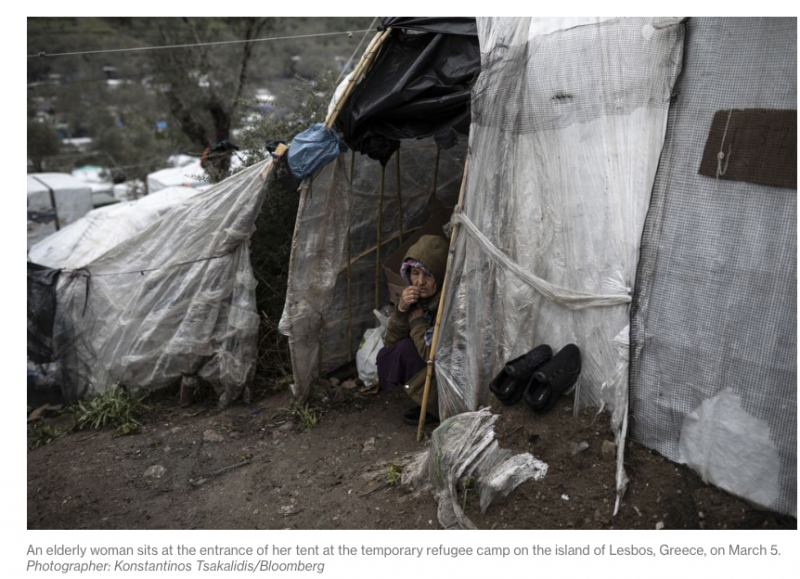 ABC News Arrivals on the island — just 4 miles from the Turkish border at its closest — shot up in late February and early March as Turkey told migrants and refugees they were free to leave. Many thousands took Turkey up on that offer and made their way towards Europe by land and sea through Greece, including many who were bused to the border.

Lesbos, Chios and Samos have been bearing the brunt of the refugee and migrant crisis within Europe as people from Syria — but also Iran, Afghanistan and other regions in the Middle East and Africa — fled west.

Now years on, with overflowing makeshift camps and no solution in sight as the other European nations have largely closed their doors, public opinion on the islands has turned hostile toward the Muslim invaders posing as refugees. 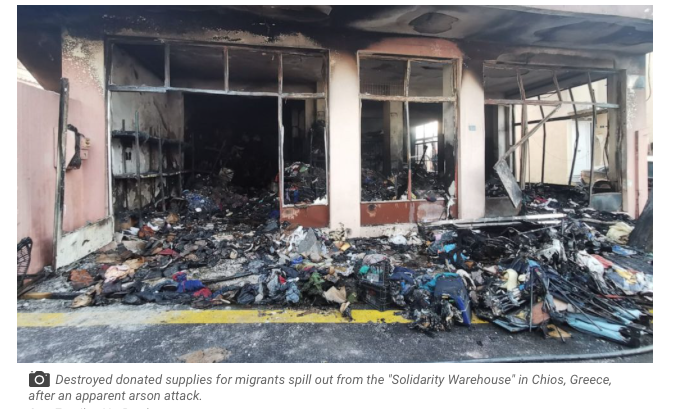 The fire at the warehouse that Kostas Tanainis started along with fellow local Jenny Kalipozi is one of a series of attacks organizations and people who support refugees and migrants are facing on the eastern Greek islands since protests by residents turned into riots on Chios and Lesbos after the Greek government sent riot police there.

On Lesbos, a “community center” run by a group called One Happy Family, with many partner NGOs and organizations, was targeted in an apparent arson attack last weekend. 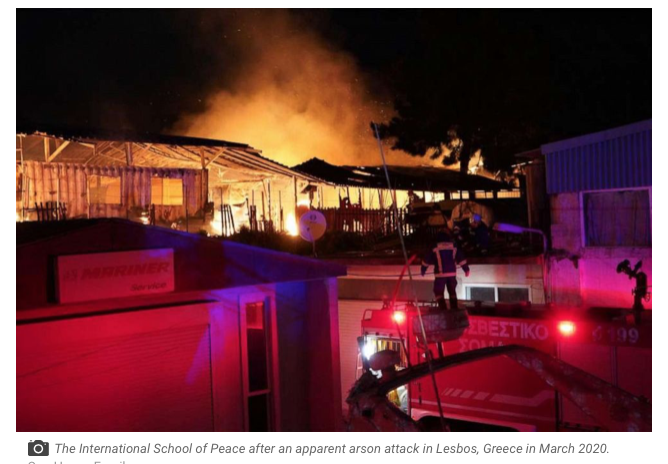 And the International School of Peace, which was built in 2017 collaboratively by an Israeli Arab and an Israeli Jewish youth movement, was completely destroyed. “There’s nothing left,” Fabian Bracher, a president at One Happy Family, told ABC News. “All the tables and chairs, the chalkboards, the books, the pencils, the toys, everything.”