Members of the Somali Muslim migrant community in Stockholm are complaining that the authorities’ information about the spread of the ChinaVirus was insufficient and arrived too late and didn’t come in the Somali language. 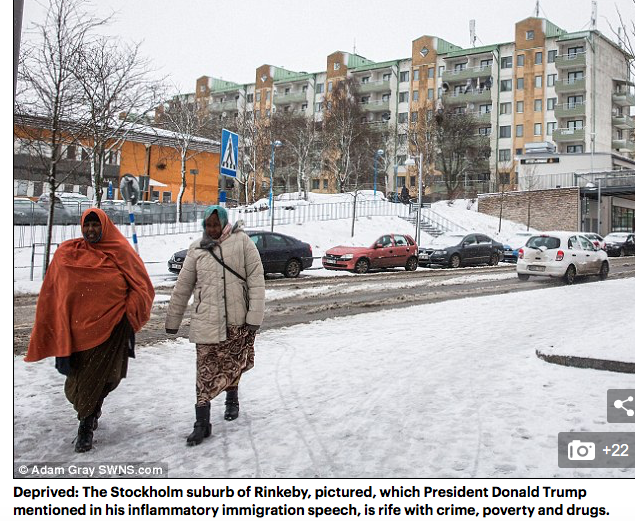 Sputnik News (h/t Sara S) The city of Stockholm has reported a rise in COVID-19 cases, noting that residents of so-called vulnerable areas (aka NO GO Muslim zones, where police cars must be bullet proof and firefighters must be accompanied by armed guards) are over-represented among the newly-infected. At least six of the 15 who died from the coronavirus have a Somali background, national broadcaster SVT reported.

At the same time, a spread of the infection was reported in the Järva area, which includes the districts of Kista-Rinkeby and Tensta. Up to 90 percent of the population of these communities have a Somali Muslim migrant background, and they feature in Sweden’s list of high crime areas. A local doctor suggested to the Expressen newspaper that the virus could have spread several weeks ago, during the Friday prayer at a local mosque.

“When [Chinavirus] spread to Sweden, there was not so much information in Somali, and many continued living as usual,” doctor Jihan Mohamed, board member of the Swedish Somali Medical Association, told SVT.

Mohamed suggested crowded conditions as one of the explanations to the over-representation of COVID-19 cases among fellow Somalis.

“Many live in cramped quarters there. Several generations can live illegally  in the same apartment,” Mohamed suggested.

She also believed that cultural aspects may have played a role in the spread of the disease. “In Somali culture, it is important to socialize, support and visit each other, especially if someone is ill,” she said. (By all means, then, keep socializing with each other)

Somali imam Hussein Farah of Rinkeby’s Islamic Cultural Centre suggested that the authorities’ information on coronavirus in languages other than Swedish was insufficient and came too late. Mohamed Nuur, chairman of the Social Democrats in Tensta, called the lack of information “heartbreaking.” (But not to the Swedes who are victims of soaring rape and crime coming from the Somali Muslim community) 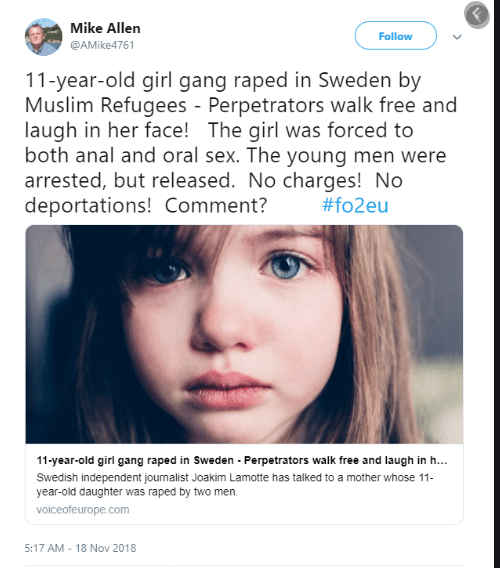 To better reach to the growing migrant community, national broadcaster SVT has started texting their news broadcasts in Arabic. SVT cited “the great need for information due to the coronavirus epidemic.” (Gee, what an idea. Most Somalis don’t speak Arabic)

Sweden’s Arab-speaking community has by some estimates grown to become the country’s largest, surpassing the speakers of Finnish at some point after the 2015 migrant crisis, when 163,000 asylum seekers from predominantly Arab-speaking nations entered the country.

Today, it is estimated at over 60,000, with over half of them retaining their Somali citizenship as well. Their vast presence earned Rinkeby the colloquial nickname “Little Mogadishu.” (As is every neighborhood in the West where Somali Muslim migrants have infested)

BELOW; Muslim immigrant from Iran says Sweden’s immigration policy is a disaster.

THIS JUST IN: SOURCE 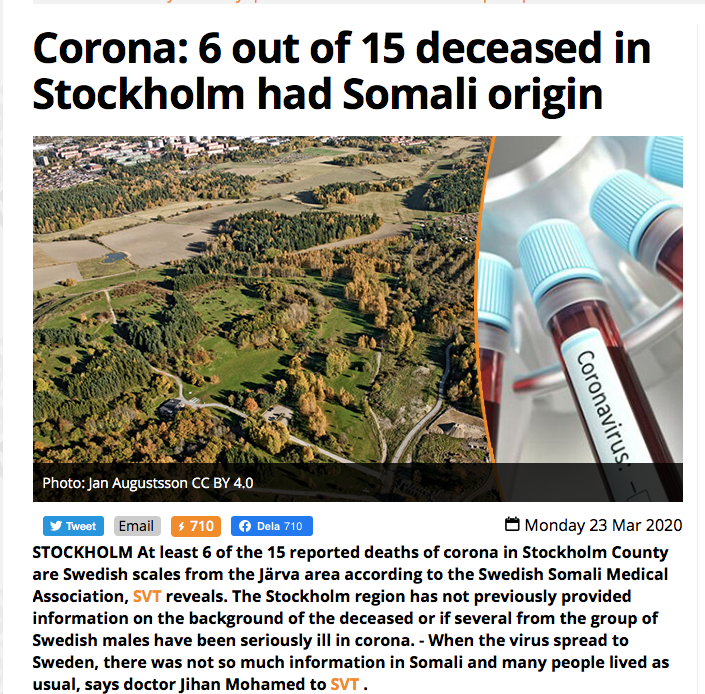