While French China Virus lockdown rules declare fines of nearly €4,000 for citizens repeatedly flouting quarantine, a secretary of state has reportedly admitted poor, Muslim gang-riddled suburbs will be left to their own devices. 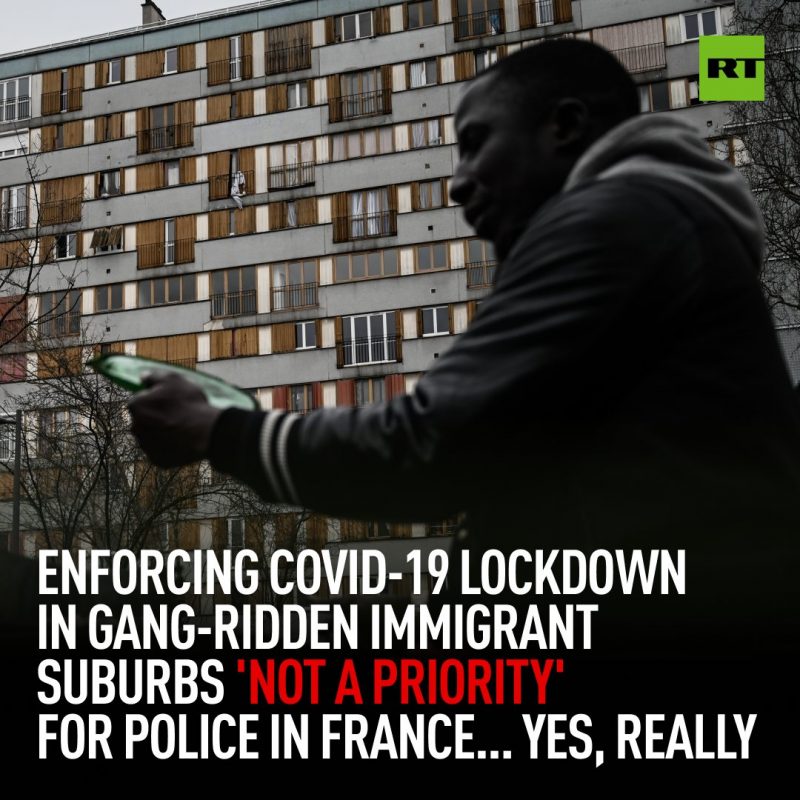 RT  (h/t Daniel S) As President Macron declared France at war with the China Virus, public health officials and those on the frontline applauded what looked like decisive leadership… but the reality is a hotchpotch of  double standards that undermine any attempts to put a lid on the spread of Covid-19.

Because French police understand that they don’t have much chance of enforcing the draconian measures on freedom of movement with which everyone in France is expected to comply on those Muslim invaders living in the welfare-dependent banlieues (Muslim suburbs) that outly the larger French cities.

As the emergency services union Synergie-Officiers pointed out on Twitter: “It is illusory to think that certain individuals in ‘sensitive neighborhoods’ comply with good citizenship in the state of the current legislation.” 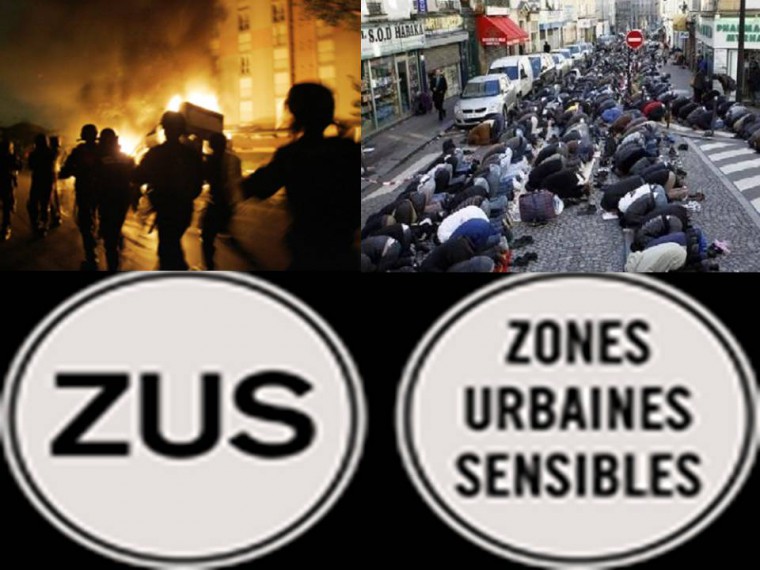 Another clip, filmed in a neighborhood “lost to the Republic,” shows a young man merrily jumping on a moving police car with the occupants attempting to drive off.

This is lawless stuff, all posted by the police union in an attempt to show what they are up against when simply trying to do their job and keep the population safe in the Muslim dominant suburbs of Macron’s France.

Do these Muslim thugs care about the nuances of social distancing or about downloading and printing out certificates to show the police that they have a good reason for being out and about?

Now, police officers face the humiliation of their own boss, Secretary of State to the Ministry of the Interior Laurent Nunez, totally undermining their efforts. In a letter signed by Nunez, and leaked to the satirical magazine Le Canard Enchaine, he blithely advises: “It is not a priority to enforce closings in certain neighborhoods and to stop gatherings.”

And it’s not just Nunez displaying this wilful ignorance in a time of emergency at government level, because in a reported video conference call the secretary of state expressed concern to attendees that restricting the movement in the banlieues (Muslim suburbs) might ignite social unrest if enforced too rigorously.

One of the regional defense zone prefects on the call agreed, suggesting that the businesses shut down elsewhere France should remain open in the poorer neighborhoods as they helped with “social mediation.”

This undermining of the laws that Macron declared as essential, this clear disregard for the population as a whole, comes at a time when police, ambulance and firefighters face record levels of hostility when they venture into the suburbs where Muslim gangs set cars on fire then attack them when they arrive to help. It gives them absolutely no chance of effectively doing their jobs.

Last year it was reported that Muslim migrant violence against police officers was up 60 percent in the last 20 years and Patrice Ribeiro, secretary-general of Synergie-Officiers, said: “There is no longer any respect for authority and the sense of impunity has increased.”

And that makes the whole idea of self-isolation and quarantine a joke. If people are simply choosing to go about their pre-coronavirus lives as if nothing has happened, then the whole strategy of tackling the global pandemic on French soil is pointless. 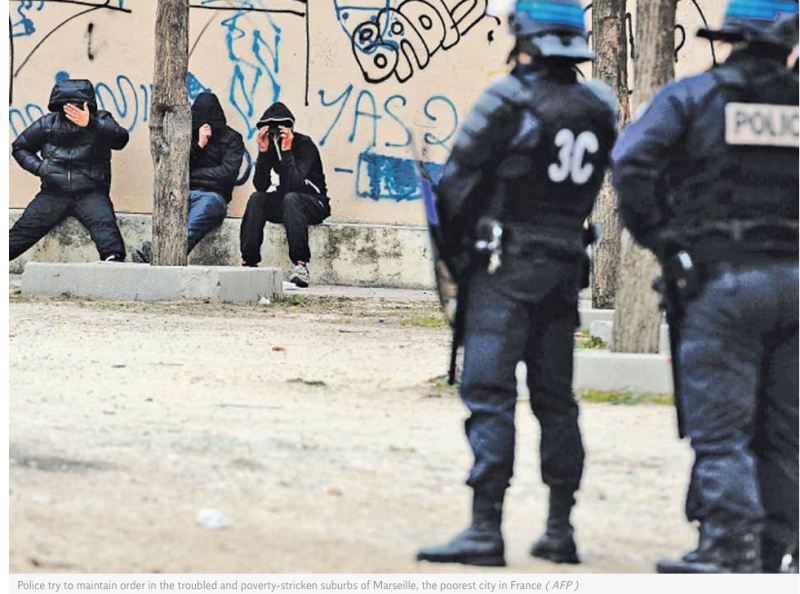