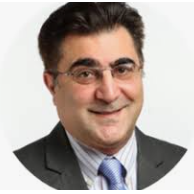 A Muslim dentist who was being evicted from his office for failing to pay rent for the last several months is charged with first degree arson for dousing medical gowns and masks with accelerant and setting fires in his exam and X-ray rooms, according to King County prosecutors.

Seattle Times (h/t Larry A)  Mohammad “Matt” Rafie, who operated A to Z Dental in a second-floor office at the Bellgrove Medical Park was charged Thursday with first-degree arson in connection with the fires set March 23, court records show. 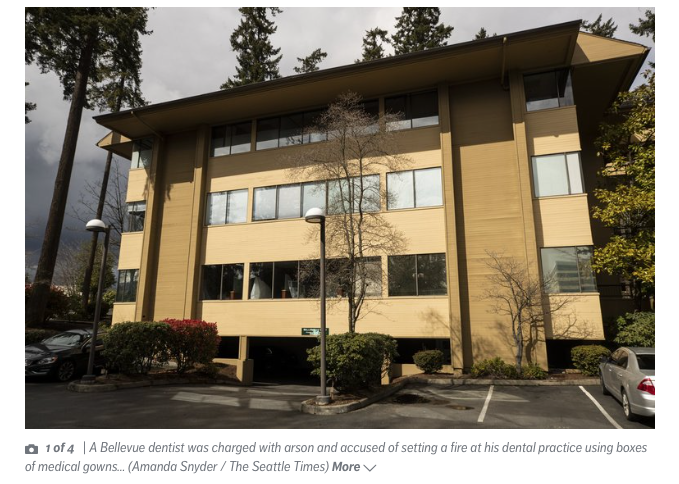 “When he failed at burning his office down on March 23rd,, he tried again the next day,” Burns wrote.  The next evening, firefighters found five fires set throughout the office. Firefighters, who noted a strong smell of lighter-fluid and an opened oxygen tank, also found a box of medical supplies on fire in one corner of the office.

He was arrested at the scene and posted $25,000 bail the next day, according to jail records. Prosecutors later requested a higher bail amount, and Rafie posted $100,000 bail  Thursday, court records say.

“The defendant’s actions in this case reflect a desperate man willing to put others at risk to get what he wants,” Deputy Prosecutor Aubony Burns wrote in charging papers, noting the three-story medical park houses 28 separate medical and dental offices, some of which were occupied at the time of the fires.

Police later served search warrants on Rafie’s house and office. At Rafie’s home, a police dog trained to detect accelerants found accelerants on a shirt, pants and shoes that were inside a suitcase with other clothes, according to charges. At the dental office, the dog detected accelerants in every room, especially on the boxes of medical supplies that had been set on fire.

“Despite the quick and valiant efforts of the Bellevue Fire Department a second doctor’s office was also damaged, the office directly below the defendant’s office, and was occupied at the time of the arson,” Burns wrote. “He was willing to risk the lives of many in a 3 story occupied building, not once, but twice, to try to burn down his office.”