Mohiussunnath Chowdhury, 28, from Luton has been convicted of planning a terror attack in various London tourist hotspots. This is just over a year after he was cleared of attacking police with a sword outside Buckingham Palace. 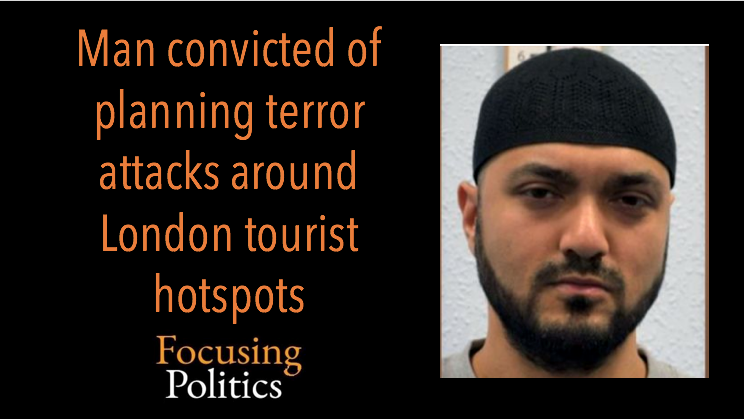 Daily Mail A former Uber driver has been found guilty of planning terrorist attacks at London hotspots and told police officers he ‘learned a lot’ from ‘likeminded’ Streatham attacker Sudesh Amman while in Belmarsh prison.

Chowdhury was ‘motivated by dreams of martyrdom for the cause of Islam, and inspired by preachers of hate’, a jury at Woolwich Crown Court was previously told.

The object was to unleash death and suffering on non-Muslim members of the public who happened to be present, using a firearm, sword and even a van as part of an attack,’ the prosecutor said. 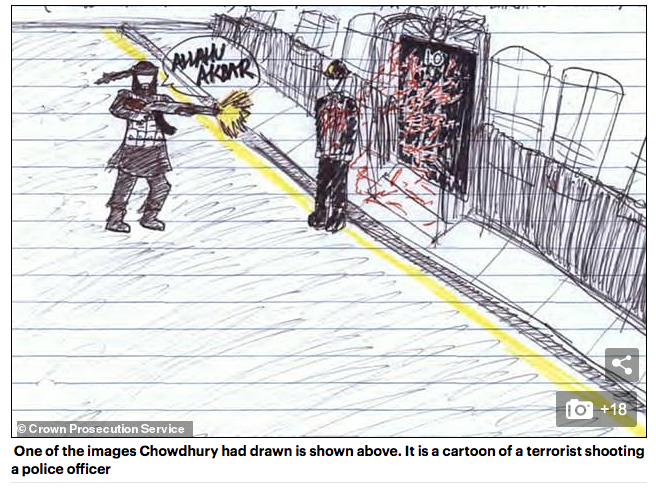 The targets mentioned included Madame Tussauds in London, the Gay Pride parade, and an attack on tourists on a London open-top tour bus.

Chowdhury told undercover officers that he had indeed been trying to carry out a terrorist attack in 2017 and that he had ‘deceived’ the earlier jury that acquitted him of it, the court was told.

He played them a video of Al Qaeda preacher Anwar Al-Awlaki and shared his view that the highest form ‘martyrdom’ is killing unbelievers and being willing to give your life, the court heard. 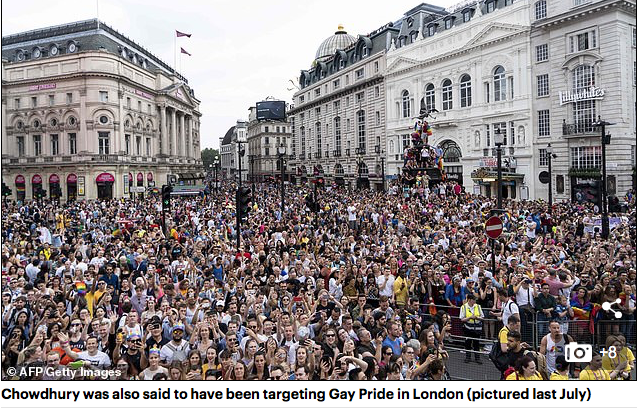 In the lead-up to the incident outside Buckingham Palace on August 25, 2017, Chowdhury’s activities over the internet and on social media made it clear that he was a supporter of Islamic extremism, and ISIS in particular, the court heard.

Within days of his acquittal in December 2018, Chowdhury posted a story on Instagram extolling the virtues of martyrdom for Allah and an image of the police officer who had wrestled the sword away from him outside Buckingham Palace, calling him a ‘cuck’.