…down they go! What did they do this time, you ask? The Muslim freeloader-wannabes, mainly from Afghanistan, Pakistan, and Iran, who are squatting on the Greek island of Lesbos, hoping to get ‘asylum’ so they can invade the welfare havens of Western Europe, have chopped down and totally destroyed some 5,000 olive trees, a very important part of the Greek economy.

On  Lesbos, where tens of thousands of Muslim fake refugees have been living in overcrowded camps for as long as two years seem to have found a new way to demonstrate their dissatisfaction with the living conditions and delays/rejections of their asylum requests.

In an attack on Greek heritage, 5,000 olive trees were cut from their roots by Muslim squatters from the infamous Moria migrant camp, to the north of Lesvos’ capital city of Mytilene.

Olive trees take approximately 65-80 years to reach stable yields, meaning that the destroyed trees are a major blow to the local economy. Olive exports amount to about US$700 million every year to the Greek economy. 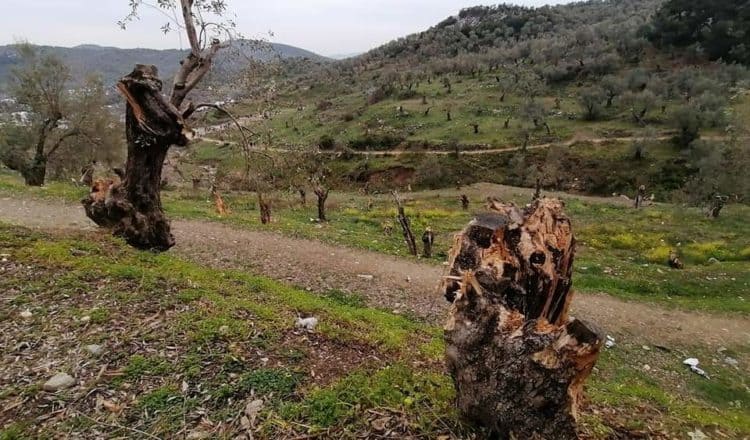 The fruit is also an integral part of Greek history, culture, heritage and identity. Greece since the Bronze Age have been producing and exporting olives and olive oil, effectively meaning that olives have been a critical part of the Greek economy for at least 4,000 years.

The olive branch is most famous for being used as crowns during the ancient Olympic Games, appearing on Classical Athenian coins, and even being used as wedding crowns in Greek weddings today. The ancient Greeks saw the olive tree as a gift from the goddess of wisdom, Athena. 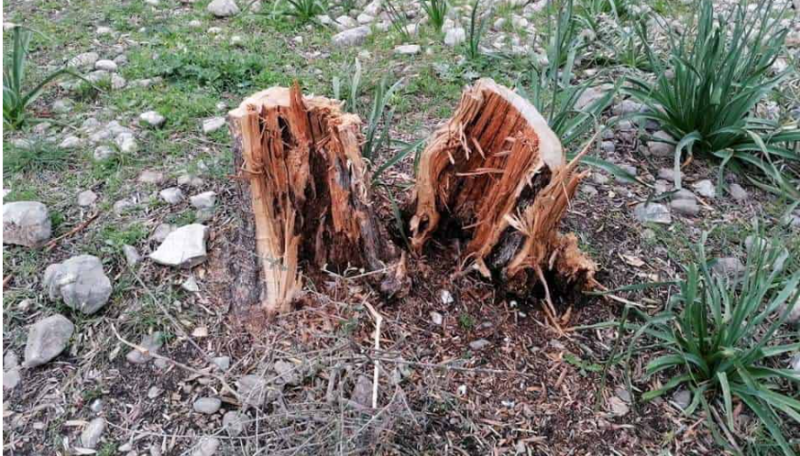 As olive trees take several decades to become productive, it is likely the land will be cultivated for other use now as farmers find more immediate ways to survive during this difficult economic period.

More deeply, the destruction of olive trees by the illegal immigrants is an attack against Greek heritage and identity, knowing the important role the fruit has played for millennia in Greece.

No wonder the Lesbos residents, besieged by 5 years of this mass Muslim invasion of their island, have taken it upon themselves to try and keep out any more of the savage invaders.

About half of the islands 50,000 illegal immigrants are kept at the Moria camp that is supposed to host 3,000 people only. In 2018, there was as many as one rape report a week in the Moria camp and an increase in killings and criminality on the island, including most recently rioting and olive tree chopping.