David Wood reports that Newsweek Magazine, a now defunct publication that exists online only, recommends that we seek the advice of the prophet Muhammad, an illiterate 7th Century Muslim caravan robber who had a penchant for marrying pre-pubescent girls and killing Jews, on how to handle contagious diseases like  COVID-19.

Newsweek recently published an article by Islam-apologist Dr. Craig Considine* entitled, “Can the power of prayer alone stop a pandemic like the Coronavirus? Dr. Considine claims that Muhammad “had sound advice on how to prevent and combat a contagious disease like COVID-19.”

While immunologists and experts advice good hygiene and quarantining to slow the spread of coronavirus, Considine says Prophet Mohammed (PBUH) had suggested the same during a pandemic over 1,300 years ago.

Bear in mind that Islam’s idea of good hygiene includes the practice of Wudu (ablution) before praying. Wudu commands worshippers to wash their hands, feet, mouth, nostrils, and other body parts with water…BUT NO SOAP. 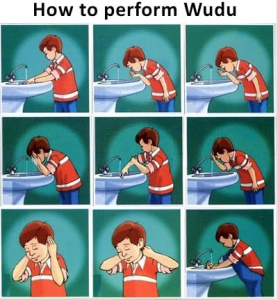 *Dr. Craig Considine is a lecturer of Sociology at Rice University. For years, he has carried out fieldwork on “Islamophobia,” Muslims in America, and Christian-Muslim Relations. Considine recommends that “Islamophobia” be made a public problem rather than a private problem. 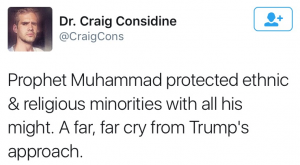 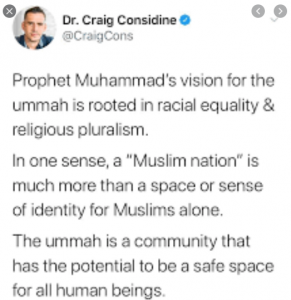 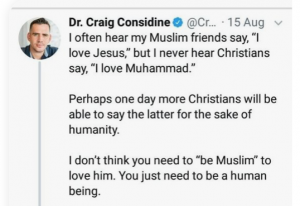 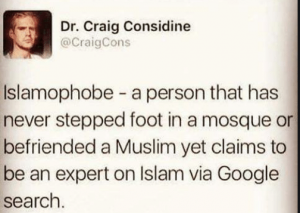