Just because you hired Jacob Bender, a far-left, anti-Israel, self-hating Jewish traitor (aka ‘Jew for Jihadi’) as the executive director of your CAIR-Philadelphia branch in 2013, doesn’t give you the right to think other Jews in this country are like Bender, who kisses the feet of and takes money from his eternal mortal enemy (Muslims) as represented by designated terrorist group CAIR. 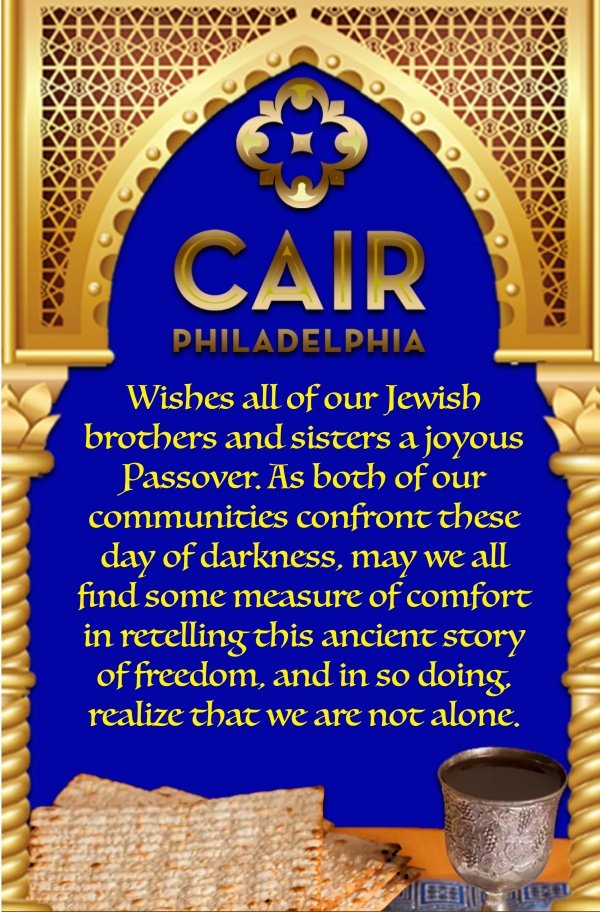 Bender has been sharply critical of Israel’s so-called “occupation” of (Jewish) territory re-captured in the 1967 war and its Jewish communities in those territories. He doesn’t help himself, either, with his critics by refusing to say whether he supports “Israel’s right to exist.”

After the Sept. 11, 2001, attacks, he helped facilitate interfaith talks with American Muslims, speaking at mosques and Islamic conventions.

Bender, shamelessly, has adopted all the CAIR talking points:

Following the attacks of 9/11, he felt the need to combat prevailing stereotypes of Muslims and Islam with increased dialogue. And so he set out to forge relationships with Muslim communities in the United States and around the world, meeting with imams and faith leaders, speaking in mosques and at various conferences, and writing op-eds in prominent news outlets that spoke to the values of pluralism and diversity in an increasingly interconnected world.

His sympathy for Muslim terrorists and disdain for the state of Israel is always front and center, highlighted by President Trump’s decision ro relocate the US Embassy to Jerusalem which he called “Trump’s recognition (endorsement really) of Israel’s racist policy of Judaization of Jerusalem.”

In the news clip below, Bender claims that the two San Bernardino Muslims who carried out a deadly terror attack, killing 14 of their fellow employees and seriously injuring 22 more, had “hijacked the religion.”

Bender has faced a small firestorm of fury from pro-Israel activists who see his appointment as either a capitulation to extremist Muslims or an abandonment of the Israel’s right to exist movement. They argue that because CAIR was named as an unindicted co-conspirator in the case of the Holy Land Foundation in 2007, their status today is little more than terrorist financiers.

“These people are the usual suspects,” Bender says. “They are all associated in one way or another with the well-funded Islamophobia network — the people like Daniel Pipes, David Yerushalmi, Pamela Geller, and Michelle Bachmann. Their pushback is to be expected.”

It’s precisely because of those usual suspects, and what Bender calls “the damaging work they’ve done over the past decade to sow discord between Muslims and non-Muslims” that Bender thinks his CAIR mission is so necessary. He sees manifestations of Islamophobia — anti-Sharia legislation, opposition to mosque construction, and McCarthy-like scares over the Muslim Brotherhood — as the biggest threat facing the American Muslim community today.

Here’s the trailer from Jacob Bender’s pro-Islam documentary, “Out of Cordoba.”