I get a lot of emails like this one, actually, the ones from Muslims are a whole lot worse. Once in awhile, I figure you should get to see what they won’t say in comments. 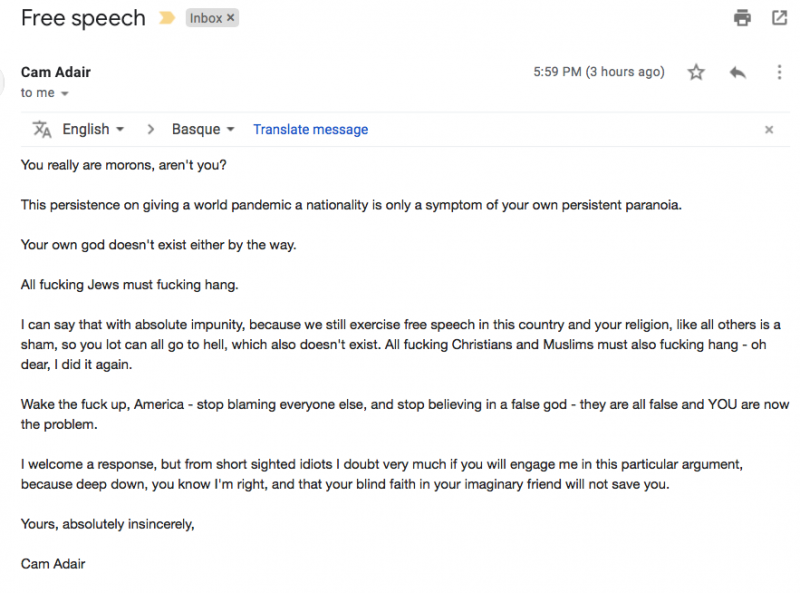 If you would care to email him a response, here’s the email: