The incident began when a group of approximately 20 young Muslim migrant men set fire to a dustbin on the Avenue de l’Europe in Rillieux-la-Pape, near Lyon. When firefighters and police officers arrived on the scene, the invaders began throwing incendiary projectiles, exploding firecrackers, and hurling other objects at them, according to a report at LyonMag.

Voice of Europe Bus stops in the area were also vandalized, and fences around construction sites were removed. The rioters were likewise in violation of France’s current coronavirus (COVID-19) social distancing measures.

Police finally managed to disperse the crowd, but no arrests could be made. No injuries were reported. The police have opened an investigation.

Similar trap was set in the no-go-zone of Seine-Saint-Denis a few weeks ago pic.twitter.com/zKQdiiVSZz

Such attacks have become a common occurrence in France’s migrant areas. A similar trap was set for firefighters in Champigny-sur-Marne last October, as previously reported by Voice of Europe. 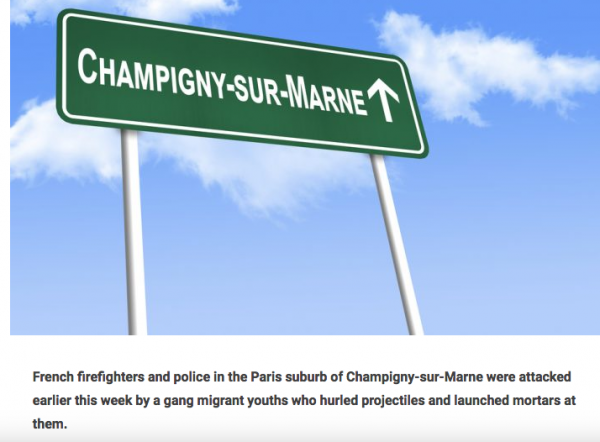