Cambridgeshire County Councillor Ian Manning (below) attempting to curry favor by observing Ramadan in “solidarity” with Muslims, demonstrated his ignorance by tagging the ‘Muslim Council of Britain’ in a tweet of his ‘bacon-and-eggs’ non-halal breakfast. This is the same politician who makes no such efforts at “solidarity” with Christians during Lent, Jews on Yom Kippur, or Hindus who fast on certain holy days. 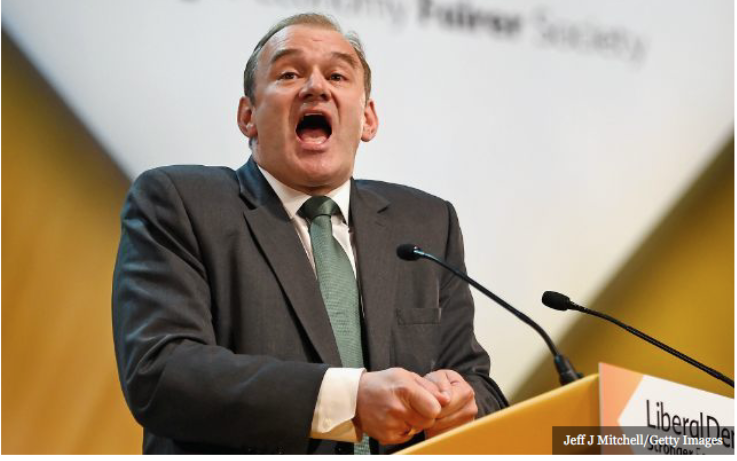 Metro UK Cambridgeshire county councillor Ian Manning was taking part in Saturday’s Lib Dem Iftar, where members of the party shared their experiences of fasting before meeting up via Zoom to break their fast with an Iftar meal at sunset.

“I want to show solidarity with Muslims who are in isolation during this month, and this evening there will be a Lib Dem iftar, when we have a virtual community meal together,” the MP continued. “So, Ramadan Mubarak.” 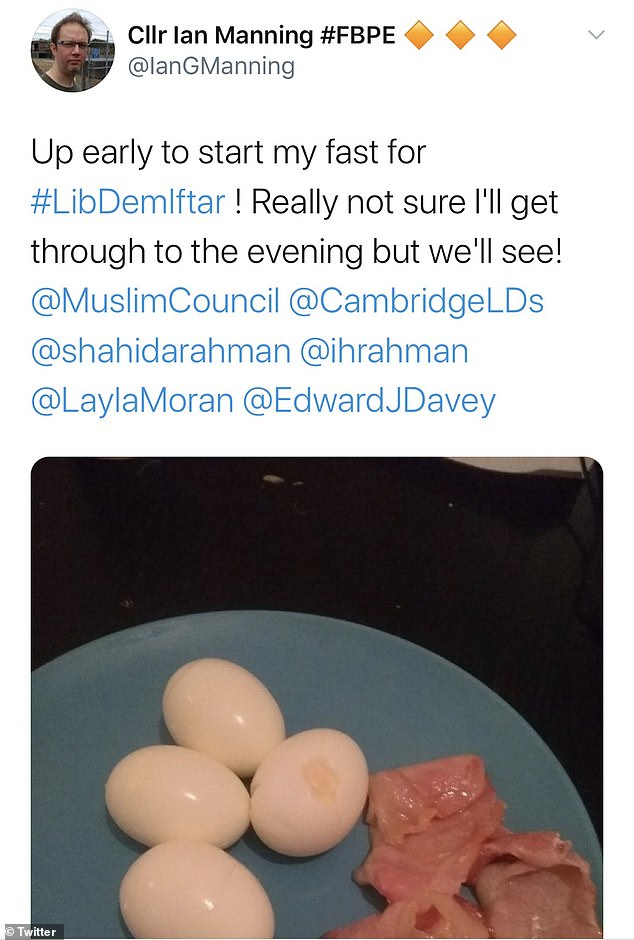 “It’s an early rise for me today, as I prepare for my first ever fast for the holy month of Ramadan,” said the dishevelled 54-year-old in a video message shared on social media.

It didn’t take long for Twitter to point out the obvious, that Muslims do not eat pork. Mr Manning quickly deleted his post and apologized, saying the early morning rise had clouded his judgement.

He said: ‘Re food photo earlier. Important point is the fast. Allergies mean choices limited.  ‘This is a learning experience, and I’d prefer to be honest about it than not. Sorry if it caused offence. ‘

Also, it was 4am and I was half asleep.’ The councillor,  who works in IT for the Cambridge Assessment examinations board, added: ‘Am reminded again, that no matter what good you try and do, some people will always look for the flaws.’

Bretibart Sir Ed, who served as Energy Secretary during the former Cameron-Clegg coalition government between the Tories and the Liberal Democrats, did not win the plaudits he may have been hoping for, however, with the response to his message being overwhelmingly negative — and accusations of opportunistic “virtue-signalling” providing a common theme.

Many social media users also accused the left-liberal MP of cynical double standards, highlighting his comparative lack of “solidarity” with Christians during Lent — or any mention of the observance on his timeline at all, seemingly — or with religious minorities besides Muslims during their periods of fasting.

“Did you fast in Navratri @EdwardJDavey, the 9 sacred days for #Hindus which just concluded?” asked one user. [A]ny plans to do in [O]ctober month?” They did not receive a response.

The anti-Brexit MP is not the only front-rank politician to receive flak for appearing to lavish a disproportionate amount of attention on Muslims in recent days, with Health Secretary Matt Hancock having received criticism for heaping praise on their Ramadan “sacrifice” on St George’s Day — but not mentioning the English national day at all.