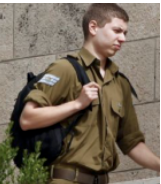 Yair Netanyahu (right), son of the Israeli prime minister, has called for the return of a “free, democratic and Christian Europe” in a tweet that criticized a joint Israeli-Palestinian memorial ceremony for Israel’s Memorial Day.

JPost (h/t Manos) Netanyahu’s post on Tuesday, Yom Hazikaron in Israel, was in response to a tweet from the European Union delegation to the State of Israel, @EUinIsrael, noting its participation in the ceremony sponsored by Combatants for Peace and Parents Circle, this year on Zoom, which included a record 200,000 participants. 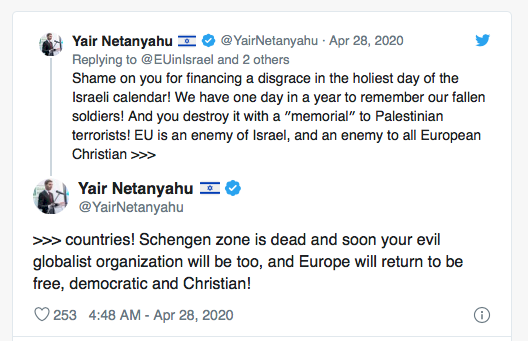 The EU is an enemy of Israel, and an enemy to all European Christian countries! Schengen zone is dead and soon your evil globalist organization will be too, and Europe will return to be free, democratic and Christian!”

The Schengen zone comprises 26 European states that have officially abolished all passport and all other types of border control at their mutual borders, and includes Austria, Belgium, the Czech Republic, France, Germany, Norway, Poland, Portugal and Switzerland.

Times of Israel Yair is known for his controversial social media posts. 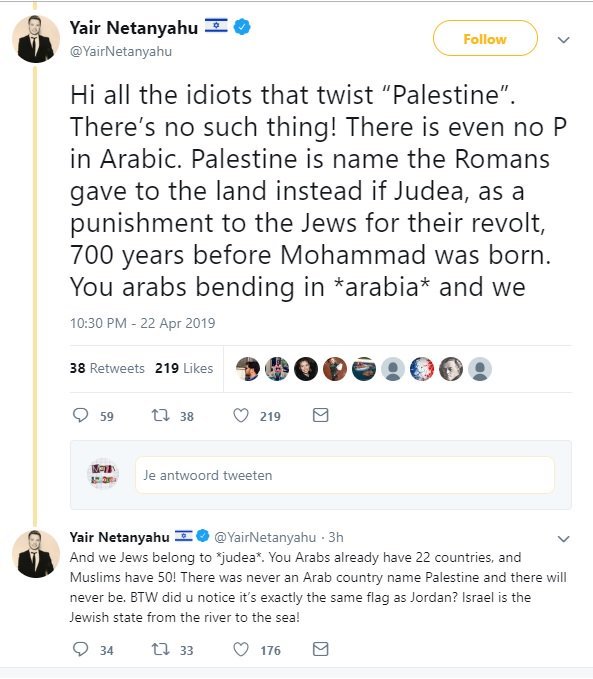 In 2018, Facebook blocked his account after he shared content banned by the platform that called for avenging the deaths of Israelis killed in recent days by Palestinian terrorists.

“There will never be peace with those monsters in the form of men that have called themselves ‘Palestinians’ since 1964,” he wrote, calling on readers to “avenge the deaths” of Staff Sgt. Yovel Mor Yosef, 20, and Sgt. Yosef Cohen, 19, who were killed in a shooting attack at the Givat Assaf Junction a day earlier. 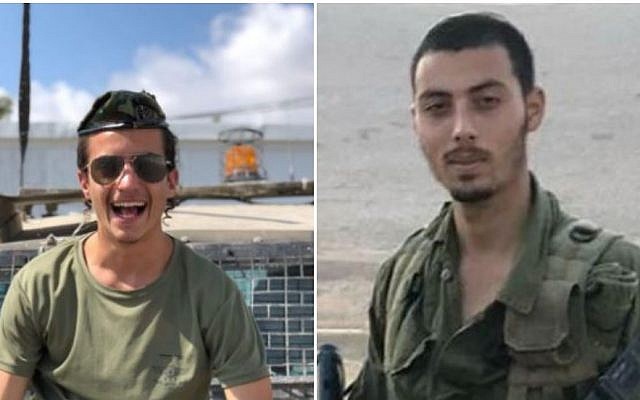 A photo composite shows Sgt. Yosef Cohen, left, and Staff Sgt. Yovel Mor Yosef of the IDF’s Kfir Brigade who were killed on December 13, 2018, in a terrorist shooting attack near the Givat Assaf settlement outpost in the central West Bank. (Israel Defense Forces)

In the most prominent example of the controversy he has stirred, in late 2017, Yair made international headlines for posting a cartoon attacking critics of his parents, especially Israel-hating, Jewish anti-Semite George Soros.

The image (below, posted on Yair Netanyahu’s private Facebook profile, featured Jewish billionaire and philanthropist George Soros, the Illuminati and a reptilian overlord — all of them seen controlling a host of his parents’ adversaries including former prime minister Ehud Barak, and Labor party activist Eldad Yaniv, and Menny Naftali.