Yussuf Awadir Abdi, an Imam who is on a federal government terrorist watch list, delivered the opening prayer at a Utah Senate Session in February 2020. 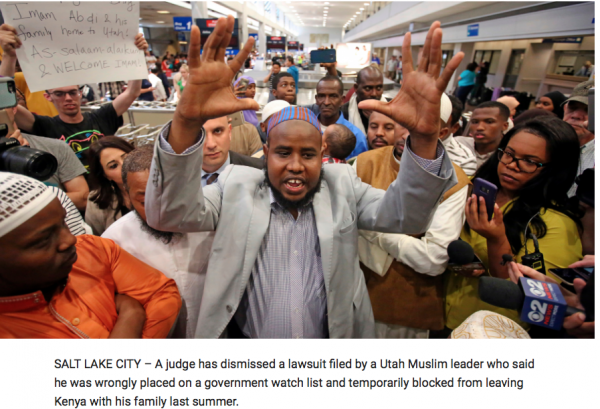 DeplorableKel After delivering the prayer, Abdi took to Facebook to praise “allah”. He wrote:

All praises is due to Allaah who gave me to mention his name and his prayer front of our state senators. Thank you UTAH Muslim Civic league for giving me this opportunity.

Abdi was placed on the terrorist watch list in 2014 and later fought in court to be removed from the list, but his request was denied by the Judge.