Jean Dussine (right), the president of the pro-migrant charity Itinérance, was murdered in his home in Bretteville-en-Saire on Tuesday. Police, after arriving at the scene, were told by witnesses of the attack that the 21-year-old Afghan Muslim migrant had overpowered Dussine before ultimately bludgeoning him to death with a metal rod, Ouest France reports.

Voice of Europe (h/t Maurice) The suspect, an Afghan asylum seeker who Dussine had let live in his home was promptly arrested. He’s currently in police custody at the Cherbourg gendarmerie, and has been charged with intentional homicide. . At present, police do not know what could’ve motivated the migrant to carry out the heinous murder against the man who was kind enough to accommodate him in his own home. 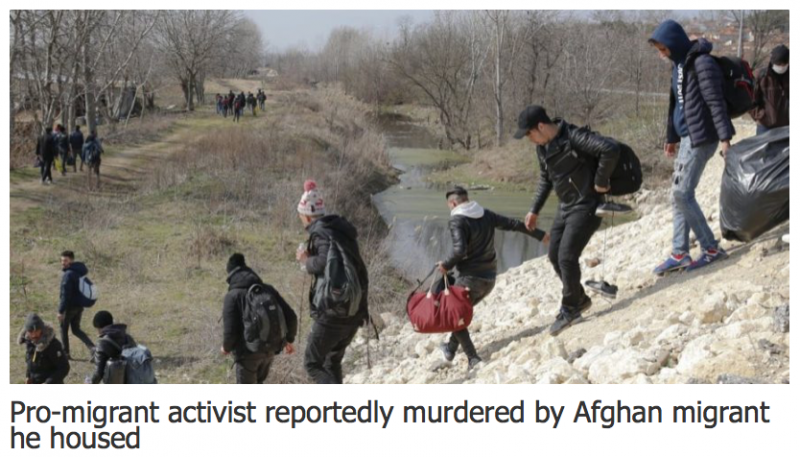 Jean Dussine, aged 63, was a retired teacher and former director of the Gonneville school Manche, a coastal department in Normandy. He had been president of Itinérance since 2016 and housed multiple migrants in his own home.

Volunteers from Itinérance and members of the Sud Education Manche Union have paid tribute to Dussine, saying that he was a “teacher appreciated by all” who will be remembered as a man “with total commitment and complete empathy for the people he helped.”

According to Summit News, Dussine “was having sexual relations with the 20-year-ld Afghan Muslim migrant. 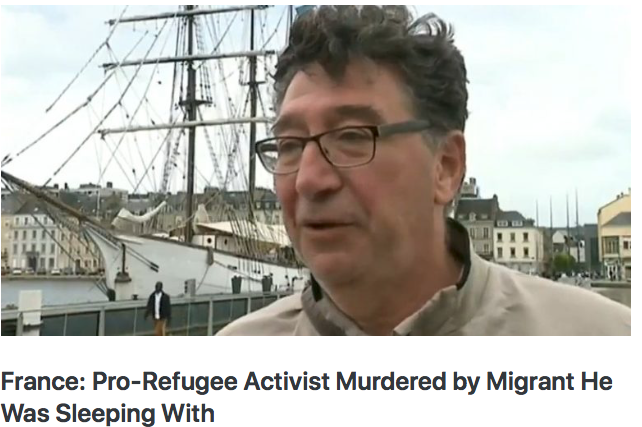 A similar story took place last year where a promising medical student and pro-migrant activist, also from Normandy, was stabbed to death by a migrant she was reportedly housing,” reports National File.

Back in 2016, it was revealed that open borders activists were sleeping with refugees, some of them children, at the Calais migrant camp.

After he was anally raped by a Somalian migrant in 2016, Norwegian refugee activist Karsten Nordal Hauken said he felt ‘guilt and responsibility’ that the migrant was deported for his crime.

In France, the month of May has seen a number of particularly gut-wrenching crimes which have been committed by migrants. Last week, a Sudanese asylum seeker was arrested for stabbing four homeless people on the streets of Toulouse. Earlier this week, police in Paris arrested a Congolese nursing assistant for the rape of a 92-year-old women who lived in the nursing home where he worked.