The driver’s name is “Sabry Moustafa Nassar.” Guess it’s hard for the media, the political elite, and the Muslim perpetual victim to drum up the usual “Islamophobia” outrage when it’s a Muslim on Muslim incident. But instead of the usual “mental issues” defense, they are trying to blame it on “medical issues,” even thought this isn’t the first time he’s done this. 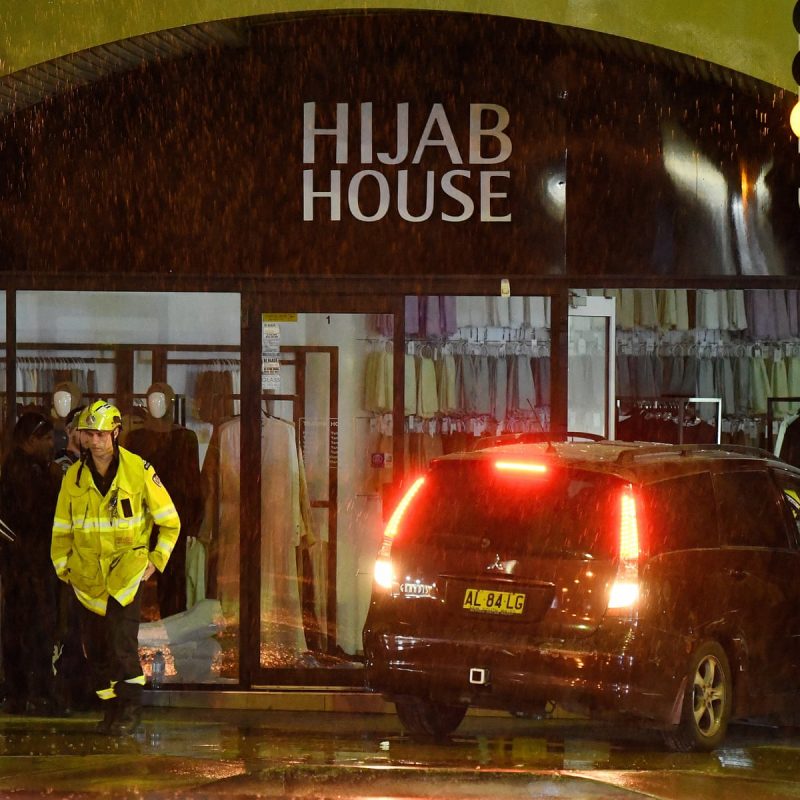 AUSTRALIA HIJAB HORROR: Was it intentional?

Newcastle Herald (h/t Ian) The man who crashed his car into a western Sydney hijab shop will remain behind bars after police raised concerns about a “very similar” incident earlier in the year.

Sabry Moustafa Nassar, 51, was denied bail when he appeared at Parramatta Bail Court on Saturday morning after prosecutors raised fears for the community and the risk of a repeat incident. The court heard that the crash had similar hallmarks to an incident at Lakemba in January this year for which Nassar has also now been charged.

The details of the earlier incident are not known, however Magistrate Holly Kemp denied Nassar’s bail application because of what she described as “elements of predatory or deliberate behaviour” on that occasion.

Nassar has been charged with a string of offences, including driving furiously in a motor vehicle causing bodily harm and reckless driving, and is facing a maximum possible jail term of two years.

Of the 14 people injured during the Greenacre crash, two remain in hospital, and Magistrate Kemp said conditional bail could not mitigate the risk to the community.

She said that Nassar was revving the engine of his Mitsubishi SUV before it rear-ended a white sedan, travelled through the intersection and crashed through the front of Hijab House. 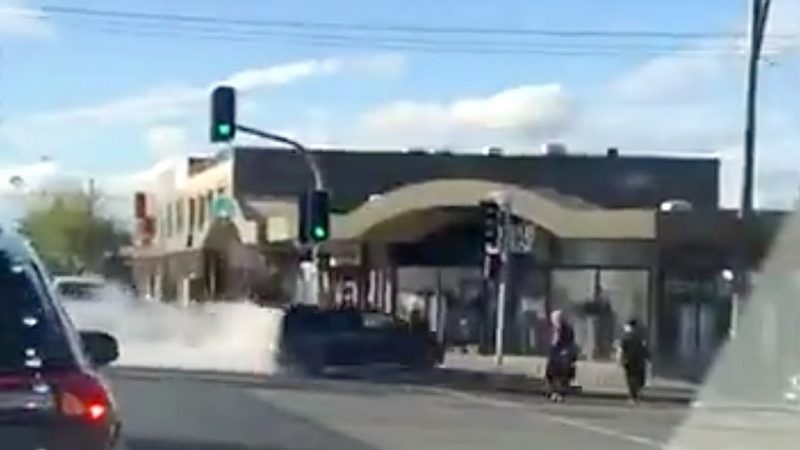 CCTV footage shows the wagon initially stopped in the left lane 30 metres before the traffic lights at the intersection of Boronia and Waterloo Roads with other cars moving around it. When it takes off, it rear-ends a white sedan, causing a series of minor collisions between other cars waiting at the traffic lights.

Smoke can be seen billowing into the air as the wagon’s wheels spin for at least 20 seconds behind the white sedan. The sedan is eventually pushed around the corner and the SUV continues through the intersection and crashes into the store.

Police prosecutor Chief Inspector Tim Lowe opposed bail on the grounds that Nassar failed to explain his behaviour and there were concerns there could be a repeat incident if he was released on bail. “The risk of grievous bodily injury or death was very, very high,” he said.

Nassar’s lawyer Mostafa Daoudie told the court his client was not conscious during the incident and denied he deliberately drove into the store.

(BELOW) Unidentified Muslim grabs the driver and tries to beat him up: