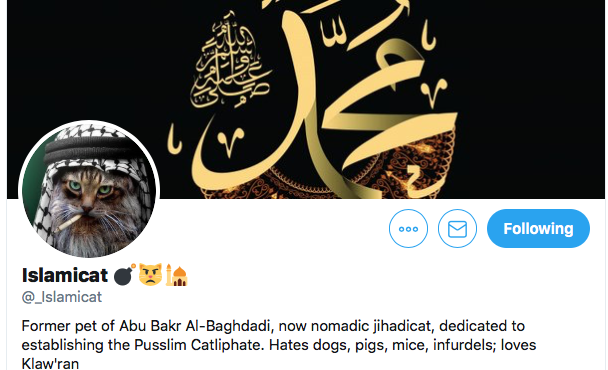 We is fear brother Ishmael has been possessed, so we is perform ruqya upon him. The power of Islamicat compel you! pic.twitter.com/KanvFvhKOV

Brother Hasan is in charge of deciding when sex slaves need a hosing down pic.twitter.com/DxkBSrCibd

Here we see raccoon of @JoeBiden convincing black Pusslim that he must vote for him or he not actually black pic.twitter.com/LLrVPEuInt

Though ginger converts must walk through valley of shadow of death, they is fear no evil pic.twitter.com/GnwUJIlA8y

Ginger converts! We know you is always least popular with the ladies, but resorting to relations with Gooslims is totally wrong pic.twitter.com/Eo4h3XNLFv