Funny how we never see videos of large groups of Muslims in one city wishing Jews and Christians a happy holiday on their respective holiest days. When Muslims refer to the “Saturday people” and the “Sunday people,” they are talking about the two groups of non-Muslims they are hoping to exterminate first.

FYI: Most, if not all, of the Rabbis are Reform Jews, which means they are Jewish in name only, the kind of self-hating Jews who think Muslims are their friends. 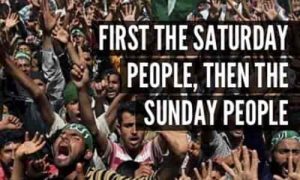 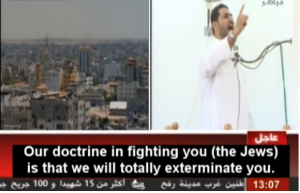