One of the two Brooklyn lawyers arrested for trying to torch an NYPD cruiser in Brooklyn used a Bud Light bottle stuffed with a rag as an incendiary device, according to a photo obtained Sunday by the Daily News.

NY Daily News  Urooj Rahman, 31 (below), a Pakistani Muslim, was snapped in a picture holding a black and white striped (Palestinian) scarf close to her face with one hand and the potentially fiery bottle with another as she prepared to toss it out of the passenger-side window of a van. 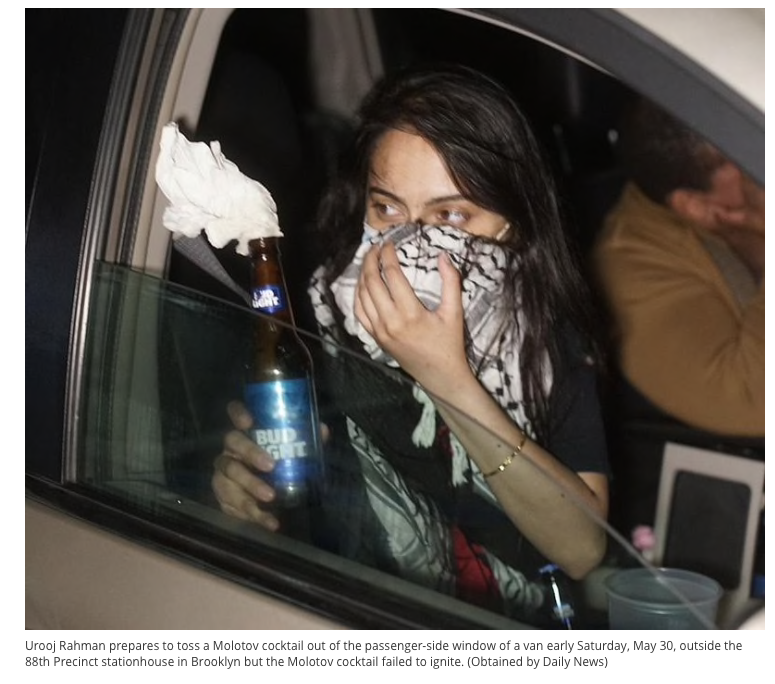 Rahman and Colinford Mattis, 32, a corporate lawyer and member of Community Board 5 in East New York, were charged with the attempted attack Saturday night on an empty police cruiser parked outside the 88th Precinct station house in Fort Greene.

Mattis, who lives in East New York, graduated from Princeton University and New York University law school, according to his LinkedIn page. 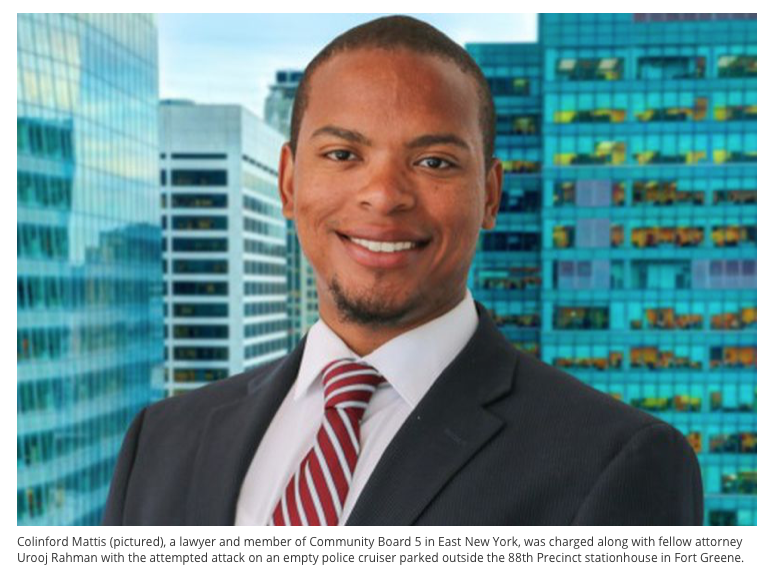 He is an associate with Pryor Cashman, where he specializes in start-ups. He was furloughed from the firm in April, said Ronald Shechtman, a managing partner at the firm.

Rahman’s Facebook page showed her celebrating her graduation from Fordham but a neighbor said she struggled with financial problems after losing her job. 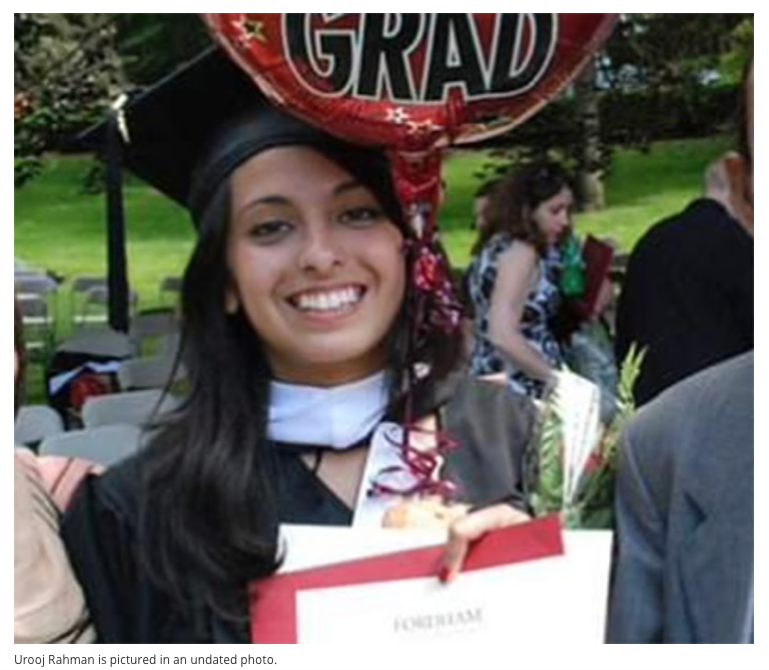 Rahman hurled the bottle, which was filled with gasoline, into the cruiser. But the Bud Light Molotov cocktail failed to ignite, law enforcement sources said.

Cops gave chase and stopped Mattis’ van nearby on Willoughby St. They found the makings of another Molotov cocktail in the back seat along with a gasoline container, authorities say.

This is what would have happened if the incendiary device had functioned properly. 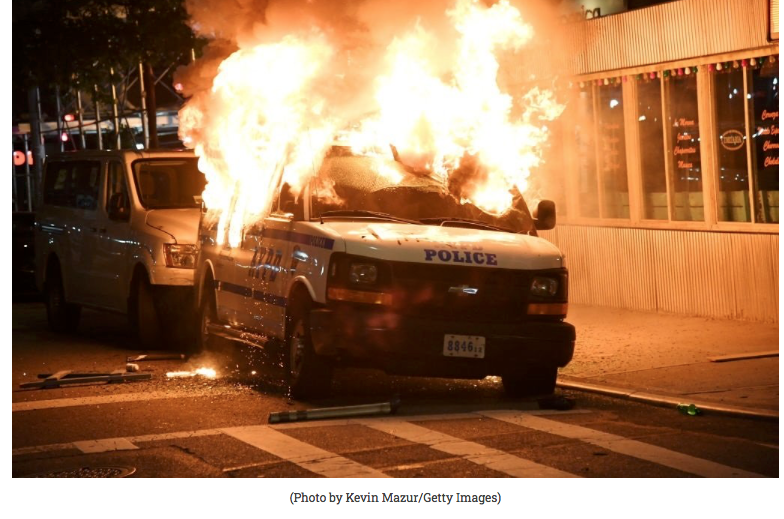