After all, the Prophet Mohammed was a notorious slave owner/slave trader as are many of his followers, even today. Some 1400 years later, the immense scale of brutality and enslavement still being inflicted on Black Africans by Arab Muslims in the Middle East, is stunning.

With groups like Antifa and Black Lives Matter tearing down statues and burning down institutions perceived (often wrongly) to be “racist” (even if it was hundreds of years ago), one would think they would demand the shutdown of mosques and Islamic institutions because of Islam’s historic and ongoing involvement in the Black slave trade. (h/t Terry D) 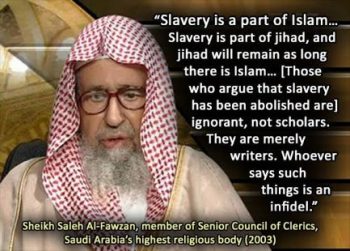 NOWHERE ON EARTH today can you ‘buy’ a Black person to be a slave…except in the Arab Muslim world.

The immense scale of the horror inflicted on black Africans by Arab Muslim invaders over 1400 years is stunning. And make no mistake, enslaving Black people is still continuing today in that world.

Muslim scholars have been allowed to teach their own version of history to the non-Muslim World, which means the truth gets buried in political correctness. The Muslim trade slave trade began centuries before Western slavery and has carried on after long after Western slavery ended. 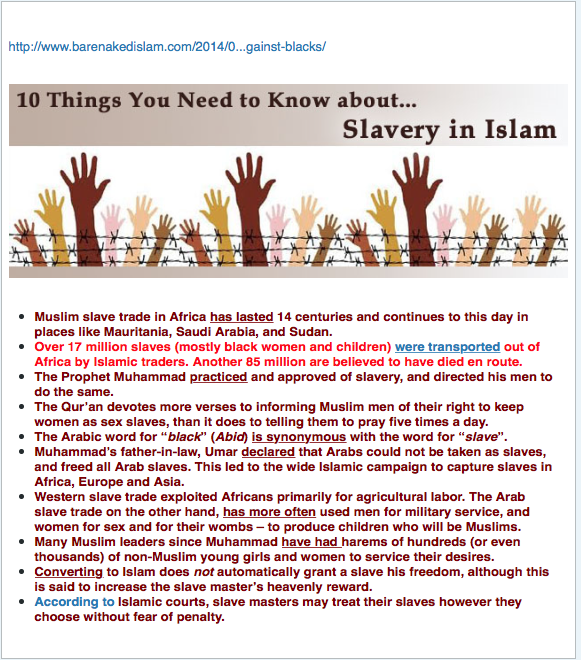 KUWAITI MUSLIM CLERIC: “Slavery should be celebrated as one of the virtues of Islam”

Why would any Black person want to convert to Islam?

Why do black people become Muslims?

The most brutal, inhumane slave masters in history were NOT white men, they were Muslims

SEXUAL SLAVERY…alive and well and thriving in Saudi Arabia 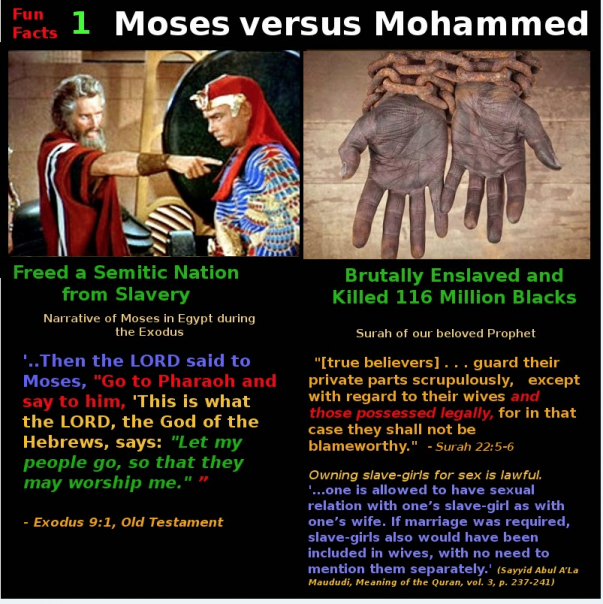